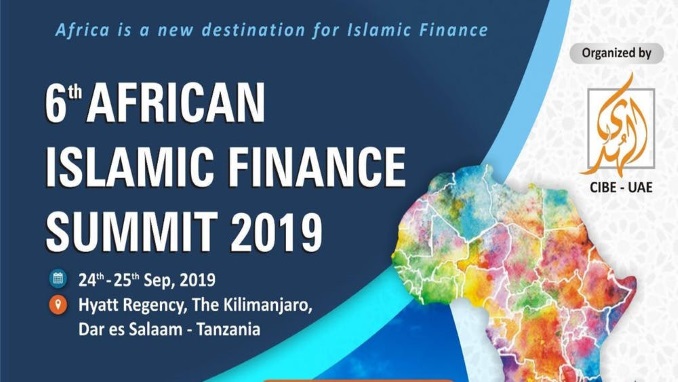 AlHuda Centre of Islamic Banking and Economics (CIBE) is honored to organize 6th African Islamic Finance Summit in Tanzania. The event is successfully held for many years in Tanzania for the betterment of the socioeconomic conditions of the rural and urban areas of the country.

The summit will be followed by Post Event Workshops on Operational Aspects of Islamic Banking and Takaful on 26th – 27th September 2019. More than 15 international speakers would give their valuable contribution in the topics of discussion.

The event is supported by SPM Consulting and London School of Modern Studies and there are many supports in queue. Sponsors of the event include Islamic Corporation for the Development of the Private Sector (ICD), Amana Bank, International Trunkey System (ITS). The event will be inaugurated by the esteemed chief guest H.E Dr. Ashau K. Kijaji (MP) Deputy Minister from the ministry of finance.

Participants are high profile personnel for 20 countries e.g. from central banks, banking and financial sectors of Tanzania and rest of the African countries, microfinance and insurance industry.

Mr. M. Zubair Mughal, CEO, AlHuda CIBE (the organizers of the event) thanked the supporters and the sponsors in advance for their continuous trust on them and the unprecedented support for the event that is much needed to achieve the milestone.

Tanzania has a largely rural population, which makes access to financial services a challenge and digital solutions ideal. The World Bank reports 70% of the population resides in rural areas, and FI data shows that less than one-third (29%) of the rural population have active accounts (used in the last 90 days), whereas urban citizens are twice as likely to have actives accounts (61%).

Approximately 76% of Tanzanians live on less than $2 per day, with three-quarters of Tanzanians employed in the agriculture sector, according to World Bank data. Making gains among these groups is key to improving Tanzanians’ financial lives. He said that Islamic banking and finance is the best alternative to change the lives of the poor.

The event is open for the public with very nominal entrance fee.