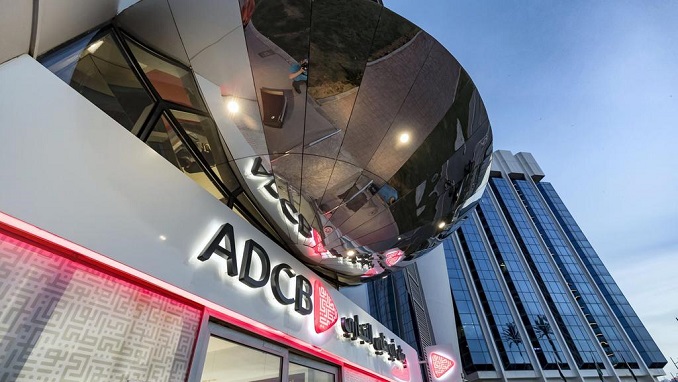 Abu Dhabi Commercial Bank, the second largest lender in the emirate, is exploring the possibility of a merger with rival Union National Bank and Sharia-compliant lender Al Hilal Bank, which could create the Gulf’s fifth largest banking entity with $113 billion (Dh415bn) in combined assets. The bank confirmed “commencement of the exploratory talks regarding a potential merger” with UNB in a statement to Abu Dhabi Securities Exchange, where its shares are traded. Discussions are also taking place with Al Hilal Bank, it said. “Both sets of discussions are at a very preliminary stage and may not result in a transaction,” ADCB said in the bourse filing.

In a separate regulatory disclosure on Tuesday, UNB confirmed the initial talks with ADCB; however, it did not mention talks for a potential merger with Al Hilal Bank. UNB will “update the market if and when there are any material developments,” it said.

Abu Dhabi has revamped its economy after a three-year oil slump and has merged state-backed companies, including two of its sovereign wealth funds, to create larger, more efficient entities amid tougher economic conditions. The potential tie-up of ADCB, UNB and Al Hilal Bank follows the merger of two of Abu Dhabi’s biggest banks last year when National Bank of Abu Dhabi and First Gulf Bank combined their balance sheets to create First Abu Dhabi Bank, now a $175bn banking powerhouse in the UAE. ADCB and UNB are majority-owned by the Abu Dhabi Government, while it controls 100 per cent of Al Hilal Bank through Abu Dhabi Investment Council, the state-owned company that has tied-up with Mubadala Investment Company.

Banks in the Arabian Gulf region are increasingly looking to merge in a bid to gain scale and cope with tougher operating conditions as lower oil prices in the past three years have squeezed profit margins. With prices of crude hovering at $70 per barrel in recent months, the lenders are set to see a stronger performance this year as macroeconomic conditions improve and demand for credit grows, according to analysts and reports by rating agencies Moody’s Investors Service and S&P Global Ratings.

National Bank of Bahrain last month said it was in talks to buy Islamic Development Bank’s entire stake in the Sharia-compliant Bahrain Islamic Bank. NBB, a majority government-owned commercial lender, has entered into initial discussions with IDB, a Jeddah-based multilateral development bank, to acquire its 14.4 percent shareholding in BIB, it said in a statement at the time. NBB’s move follows merger talks between Omani lenders Bank Dhofar and National Bank of Oman to create an entity with $20bn in combined assets. The merged lender will account for 25 per cent of the sultanate’s aggregate banking assets and loans market, EFG-Hermes said in a research note in August.

Muscat-listed Alizz Islamic Bank and Oman Arab Bank, a subsidiary of Omani conglomerate Ominvest, in May revealed their plans to explore the possibility of combining their balance sheets. That came just a week after subsidiaries of HSBC and Royal Bank of Scotland in Saudi Arabia reached an initial agreement on the terms of a possible merger. Kuwait Finance House is also seeking a potential merger with Bahrain’s Ahli United Bank, reviving earlier talks for a deal that would create a new Islamic lender worth $92bn in combined assets.