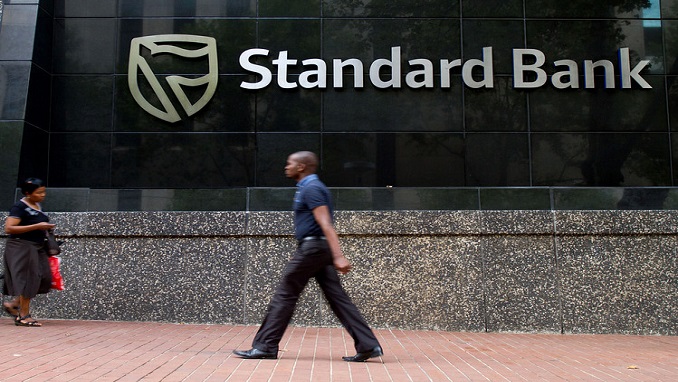 Standard Bank Group Ltd., Africa’s largest lender by assets, is planning to scale-up some of its operations on the continent and further digitize its systems to fend off fintech firms encroaching on its client base.

Companies such as Ant Group’s Alipay unit are seeking to tap emerging markets like Africa and its 1.2 billion people through financial-services offerings. This is complicating the strategies of South African banks that have turned to the rest of the continent for growth, as their home market grapples with a recession, corruption and high joblessness.

“What really worries me is you’ve got Alipay in partnership with some of our clients talking about the continent,” Standard Bank Chief Executive Officer Sim Tshabalala said in an interview. “It is going to continue to be a major expense item.”

Lenders from Kenya to Ghana are having to contend with a burgeoning mobile-banking industry that allows anyone with the simplest of phones to transfer cash. Mobile network operators including MTN Group Ltd., Vodacom Group Ltd., and Orange SA also offer digital banking services.

“We want to be at scale to take advantage of the trends in East Africa — especially those in Ethiopia,” Tshabalala said. “There aren’t any specific acquisitions on the table, but it’s quite obvious there’s going to be consolidation as a result of the crisis.”

Ethiopian Prime Minister Abiy Ahmed is privatizing state assets, while opening large swathes of the economy to foreign investors. Kenya, Tanzania and Uganda are poised to expand above the sub-Saharan African average next year, according to International Monetary Fund estimates.

Standard Bank’s digital investments enabled it to adapt its systems to allow most of its non-branch staff to work from home following the onset of Covid-19, Tshabalala said. IT spending accounted for almost 30% of Standard Bank’s operating expenses in the six months through June.

It started an app to keep track of staff working from home and to help with daily symptom checks, arranged transport for essential staff, and paid customer-facing employees bonuses.

In South Africa, where Standard Bank makes most of its profit, credit growth has slowed due to a lack of demand in the wake of the pandemic. The number of people with jobs in the country fell to the lowest level in almost a decade in the second quarter, while gross domestic product shrank 51% quarter-on-quarter, the deepest slump since at least 1990.

“We will probably only be back at 2019 real-GDP levels by 2023, with employment only recovering to pre-Covid levels by 2024,” Tshabalala said.

“There have been some encouraging signs,” Tshabalala said. These include “announced progress with land reform, gradually removing hurdles to increase private-sector-electricity-generation capacity, corruption prosecutions, and progress with the gazetted infrastructure projects.”