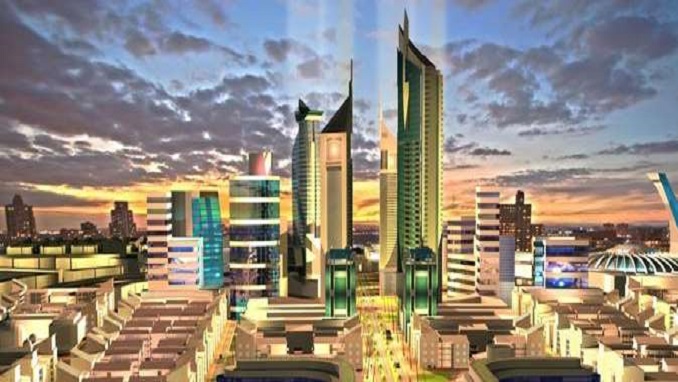 Anyone with a cursory interest in world history will have encountered the Greek City – States of Athens and Sparta. They have a rich history of civilisation, democracy, architecture and military conquests. However, the most striking thing is that these city-states were not nations, not as is currently conceived, but they had, for the time, an advanced system of planning, city administration and economics.

With the continuing effects of globalisation, technology advancement, and most importantly, decentralisation and devolution of government, it is not impossible to imagine that future cities will be the most relevant units of government. Africa’s current rate of urbanisation, according to World Bank statistics, will hit 50 per cent in the next 12 years. It is not a stretch to imagine, that while most of us have rural identities, we all have urban aspirations.

The African future will be decided by people who identify more with their cities than hometowns. For some, this is not a prospect for the future; it is a daily reality. The Gross Metropolitan Product (GMP) of New York City in a 2014 Citylab report was $1.4 trillion; this would make it about the same size with Australia and the world’s 12th largest economy if it were a nation. Los Angeles GMP is $830 billion, larger than that of the Netherlands and would make it a member of the G20.

The election for the Mayoral office of New York is a hotly contested race, and one of the more high-profile political offices in US. One could argue that New York City fits the description of a City-State of old. But that is not the contention; the contention is how do we conceive an African future where cities are prosperous, resilient, smart, sustainable and less reliant on the centre?

Cities are living things themselves, they grow and expand, shrink or contract and they can also learn. Cities are centres of commerce, employment, cultural development and identity; they are melting pots, where most of the African future will be defined. We must begin to view cities as independent vehicles of investment, able to raise financing for projects on their own.

This fact will require different thinking and a different approach to how cities are financed, and programmes developed. This thinking must begin with autonomy; cities must become city-states, have the authority to make investment decisions. Most African governments practice devolution in theory but have yet to devolve powers to the city. Without this, all talks of investments are non-starters. The success of the New Delhi metro construction is in large parts down to stronger governance, but also independence from national bureaucracies and political interference.

To attract foreign investors, a city will also need to work on its creditworthiness. We need to begin seeing cities as institutions as well. The city of London, with a credit rating of AA+ from S&P’s, was able to raise foreign funds to finance the London’s Crossrail Project, Europe’s largest urban infrastructure project.

According to the World Bank, of the 500 largest cities in developing countries, only a few are considered creditworthy, with just four per cent having access to international financial markets. Another approach is to pool resources; connect with other cities and allow them to access the market at better financing terms. Cities can also coordinate with central governments to empower them to collect revenues and issue debt responsibly. Cities should work on strengthening their fundamentals; growing revenues, financial management and debt management.

For example, the World Bank has assisted Kampala, Uganda, with revenue mobilisation. This assistance led the city to increase its local revenue by 86 per cent, almost doubling its debt capacity. Cities must also understand where the market is going; they have to have an investment strategy that reflects the current market appetite, there are a lot of funds for green projects and environmentally sustainable projects.

According to the Climate Bond Initiative, green bonds issuance shot up from $3billion in 2012 to about $42 Billion in 2015. There is a market for this, but we need to strengthen the capital markets in Africa, to begin with. Green projects have the double advantage of attracting investments and also hitting some SDGs.

Local governments are more accountable for their development when the funds are raised and disbursed locally. There is still some way to go, but there are promising examples all over the continent, thriving cities with burgeoning economies of their own, from Lagos to Nairobi and Johannesburg, the African future is one in the cities.