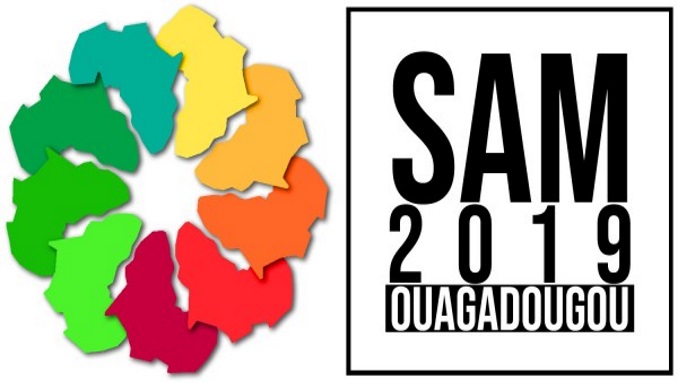 Two years ago, SAM 2019 Elkhidir Elamin Mohammed, the managing director of Al-Fal Microfinance, was the only attendee from Sudan at the SAM conference in Addis Ababa. Because Al-Fal lends in compliance with Islamic law, Mr Elkhidir was keen to network with others on the topic of interest-free lending.

As a result of meeting Dr Mebrahtu Meles, Ethiopia’s Minister of Industry, Mr Elkhidir connected with the 34-member Association of Ethiopian Microfinance Institutions (AEMFI). Representatives of the association were able to leverage Mr Elkhidir’s advice to help AEMFI members expand their interest-free lending in Ethiopia.

Also Elkhidir Mohammed of Al-Fal Microfinanceat SAM, Mr Elkhidir met representatives of several financial and advisory firms that helped him improve the way his institution works with farmers in particular and rural communities in general.

This included strategies for assessing social impact, implementing digital financial services, and conducting financial planning and analysis. Use of these strategies resulted in Al-Fal’s clients increasing their agricultural productivity, thus improving their food security as well as their overall social and economic development.

In addition to sharing information from SAM with his institution, Mr Elkhidir also met with staff of other Sudanese financial services providers (FSPs) and the Central Bank of Sudan. He relayed content from a risk management training as well as a presentation on value chain finance by the UN’s Food and Agricultural Organization.

This eventually led to small-scale wheat farmers boosting their productivity to 1.8 tons per acre, as well as – for the first time in Sudan – the disbursal of microloans for processing crops, such as milling wheat and ginning cotton.

The Central Bank of Sudan and Mr Elkhidir have encouraged FSPs in the country to build on these knowledge-sharing successes by engaging with the 109-member African Rural and Agricultural Credit Association (AFRACA), one of the five members of the SAM steering committee.

Another way that farmers in Sudan may benefit from SAM is via Harvesting, the winner of the EUR 10,000 Fintech for Microfinance prize, which was given in Addis by the Dutch development bank FMO.

Mr Elkhidir and Mr Garg discussed the possibility of Harvesting expanding its work to Sudan, and Mr Elkhidir expects that a partnership will form soon. As a result of these successes, Mr Elkhidir will return to SAM in Ouagadougou this October accompanied by nine colleagues from various institutions in Sudan!

The goal of SAM is to provide a unified platform for addressing issues facing microfinance in Africa by bringing together investors, MFIs, researchers, banks, networks, innovators, governments and other stakeholders.

The 2017 SAM hosted 700 participants from 58 (mostly African) countries, including representatives of 200 MFIs; 25 exhibitors at the Innovation Fair; and 26 investors, who made 170 MFI contacts at the Investor’s Fair. The proceedings also included conference sessions presented by 60 speakers plus a menu of 20 training programs.