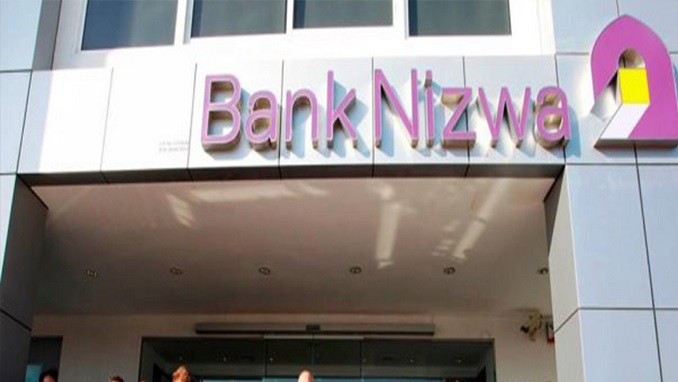 Share on Facebook
Tweet on Twitter
Oman-based Bank Nizwa said it has inked RO20 million ($51 million) financing agreement with Oman National Engineering and Investment Company (ONEIC) for the setting up of a sanitation network in the sultanate’s Salalah region.
The project is the first of its kind in the country being awarded on build, operates and transfer (BOT) basis and represents another milestone in the Public and Private Participation (PPP) of large infrastructure projects in Oman.
The Sahalnoot sanitation network project involves construction, operation and delivery of the sewerage network project in Sahalnoot area in Salalah.
The signing of the agreement coincides with the country’s 50th National Day and in continuation of its support to the sultanate’s socio-economic and infrastructure development goals.
The project, valued at RO45 million, is one of the most identified key projects that will support overall development in the Dhofar region and follows the national direction of encouraging more private sector investments in the country’s infrastructure.
Sheikh Khalid bin Abdullah Al Khalili, Chairman of Bank Nizwa and Sheikh Aiman bin Ahmed Al Hosni, Chairman of ONEIC signed the deal in the presence of Khalid Al Kayed, CEO of Bank Nizwa and Dr Rashid Al Ghilani, CEO of ONEIC and other senior officials.
It covers the construction, operation and delivery of the sewer network that includes upgrading and extending more than 70 km of sewerage pipes covering key population areas as well as much needed main pumping station to accommodate the flows of Sahalnoot and future neighbouring areas.
The project’s implementation period is 30 months followed by 15 years of operations and maintenance period. The first package of the project is expected to serve 5,500 properties and is expected to provide new employment opportunities to citizens.
Sheikh Khalid said: “At Bank Nizwa, we believe in consistency and continuity to offer benchmark products and services in Oman’s evolving banking landscape. We are committed to be a vital contributor to the nation’s growing economy and our presence in the Dhofar region has been noteworthy.”
The bank, he stated, had successfully executed several projects in the region, across sectors such as, cement, construction, poultry, Red meat plant (food security) and municipal waste collection (green financing).
“We also have significant retail presence in the region with fully operational branch services. Through strategic partnerships like these projects, Bank Nizwa is well-positioned to spearhead the growth of Islamic finance and solidify its leadership in the sector,” he noted.
“The bank will continue to expand its client franchise organically by deepening client relationships, train and retain talents, and invest in the right products and services. It strives to be the financial partner of choice for the people and enterprises of Oman,” he added.
Sheikh Aimen said the project execution by ONEIC encompasses construction of the main pumping station with all required civil, electrical, mechanical, instrumentation, control, automation, and other services, to complete the work.
“Financing partnerships like these not only support the government in reducing running costs and expenses, but also helps boost ONEIC’s delivering capacity. With the project covered successfully through strategic funding in line with the project goals, we are positive that it will also create a healthy environment for the Sahalnoot district area,” he stated.
“Besides the tangible benefits that the project will bring to this part of Salalah, it will also provide employment opportunities of a considerable size and for the long-term,” he added.
Source: Trade Arabia