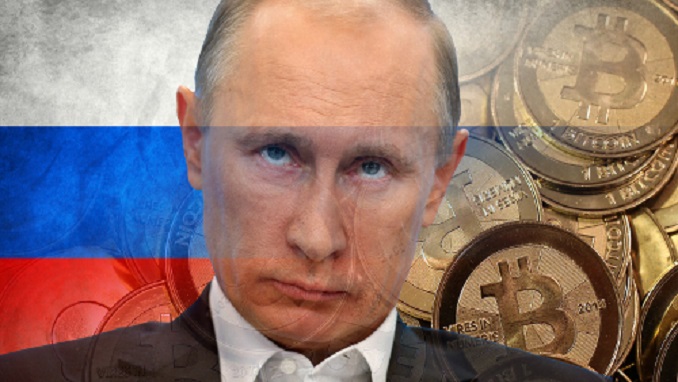 The bitcoin and cryptocurrency community is reeling from the sudden market downturn in the face of the coronavirus crisis, with bitcoin prices swinging wildly over recent days.

Earlier this month, many cheered India’s decision to permit banks in the country to trade cryptocurrency—something that was expected to boost the bitcoin price though the market collapsed amid coronavirus-induced panic.

Now, as potential bitcoin buyers are weighing whether to jump back into the market, a senior Russian official has warned its delayed bill on digital assets will include a ban on issuing and selling

“We believe there are big risks of legalizing the operations with the cryptocurrencies, from the standpoint of financial stability, money laundering prevention and consumer protection,” Russia’s central bank head of legal, Alexey Guznov, told Russia news agency Interfax this week in comments translated to English via Google.

“We are opposed to the fact that there are institutions that organize the release of cryptocurrency and facilitate its circulation,” Guznov said, adding the coming bill “directly formulates a ban on the issue, as well as on the organization of circulation of cryptocurrency, and introduces liability for violation of this ban.”

The move echos China’s tough stance on cryptocurrencies, with Beijing banning companies from raising funds by initial coin offerings, known as ICOs, and shutting down bitcoin and crypto trading platforms in 2017.

Russia’s coming bitcoin and crypto trading ban was seen as all but inevitable by some cryptocurrency regulation experts.

“Representatives of the Russian central bank have repeatedly voiced their view: the rouble, as the law says, is the only legal means of payment in Russia,” said Alex Kuptsikevich, senior financial analyst at FxPro. “Attempts to define them with a status of ‘digital financial assets’ took so long because lawmakers were hoping that the crypto-boom would fade away, and they wouldn’t need to create a new legal environment.”

However, Guznov admitted that Russia would not be able to completely ban bitcoin and other cryptocurrencies.

“Nobody is going to ban owning cryptocurrencies,” Guznov said, adding people will not be punished for owning crypto “if they made their deal in a jurisdiction that does not prohibit that.”

The bill, which is meant to clarify rules on digital assets more broadly could be passed as soon as this spring, is seen as part of Russia’s strategy to grow its digital services economy.

“The Kremlin set up a digital agenda as one of the most important national projects in the history of Russia,” said Vladislav Ginko, an economist at Russian state think tank RANEPA. “This national project is slated to outshine Stalin’s industrialization and to capture the political faith of the modern youth to invigorate its enthusiasm to make the country a world digital superpower based primarily not on factories but on digital-based services.”