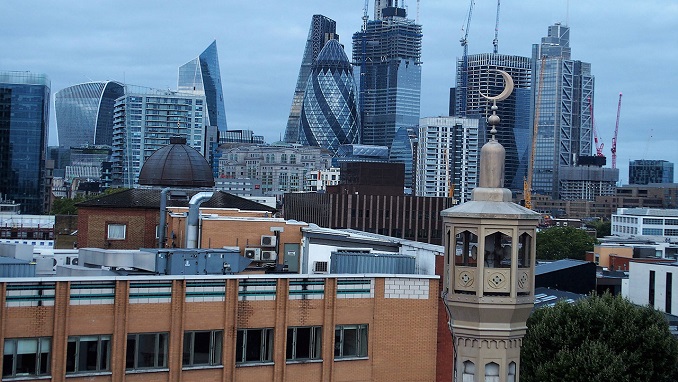 Gulf banks could reach out to offer more services into Britain in the coming years, according to one of the UK’s top Islamic financiers.

“In terms of the Islamic banks that are operating in the UK, there will be a natural opportunity to grow services that will appeal to the clients linked to the jurisdictions of their shareholders,” Cox told Arabian Business.

“Post-Brexit, I think the UK already has these established partnerships and prospects for collaboration across the Islamic world, and it’ll be interesting to see how those develop along with the Islamic finance market,” she said.

The UK is a frontrunner in Islamic finance. Britain issued the West’s first ever sukuk in 2014 and the country’s handful of banks offer a selection of savings accounts and home purchase plans (Islamic mortgages).

However, UK-based Sharia compliant banks have struggled to build the mass-market scale required to launch some conventional products, such as current accounts. Joined-up collaboration between the UK and the Gulf could strengthen the offerings of both regions, Cox said.

“I think with combined offerings there’s a lot of benefits,” said Cox. “UK sharia complaint banks have been challenged to some extent by the capacity that they have (to be competitive) as they’re all independent banks… in terms of their balance sheets, size and scale, they are smaller than their conventional high street counterparts.”

Official ONS figures for 2018/19 show that there are 3,194,791 Muslims living in England, with over a third aged under 16 years – a sizeable pool for Gulf banks to tap, as well as a growing legion of ethically-minded consumers for whom sharia-complaint features chime with their values.

“Investors in the Middle East and historically sharia-compliant investors have been looking at UK assets and a lot of that has gone into UK real estate. There’s a bit of a step change going on in the UK Islamic market right now,” said Cox.

“We’ve shown that Britain is open to investors and that we’re supporting Sharia-compliant investment requirements alongside everything else. In terms of attracting funds from overseas and exporting into other markets, I think there’s a strong track record of us doing that,” she said.

London has more than 20 international banks operating in Islamic finance – five of which are fully Sharia-compliant. According to Cox, there is also major scope for cross-collaboration in the fintech space as the Gulf states continue to develop their cryptocurrency and digital payments ecosystems.

“The UK Islamic fintech community are creating its own ecosystem at the moment which is quite exciting. There is a lot of opportunities to share intellectual capital [between the UK and the Gulf] and I’m sure we’re eagerly looking at each other’s regulatory sandboxes at the moment,” she said.

The potential for crossover and authorisation in one market attracts the attention of other proximate markets, Cox added.

“I see this dynamic extending beyond the Middle East into South East Asia as the Islamic fintechs create their own dynamic.”

Under Cox’s leadership, DDCAP has pioneered Sharia’a compliant intermediation services, bringing automation to the industry sector. DDCAP has also invested in a number of Islamic financial sector firms and initiatives.

“We’re investing into businesses with exceptional fintech capabilities that operate within a sustainable and responsible remit, which fits well with sharia compliant fintechs,” she said.

The UK is a frontrunner in Islamic finance. DDCAP most recently invested fintech investment platform IslamicMarket.com, which has UK and Malaysian roots. “We’re just looking to complete another investment transaction and we’re in close dialogue with a couple of fintechs in the GCC too,” Cox said. “If we’re doing it, one might assume there’s lots of dialogue going between investors in those jurisdictions that are looking at our companies here. It’s a developing situation.”

Cox said that despite the UK being part of the EU, Britain has “always trodden its own path” in terms of Islamic finance.

“The UK has built its own infrastructure for Islamic financial practice and collaborated with the core hubs for Islamic finance over the past three decades, particularly in the Middle East and GCC markets, like UAE, Bahrain and Saudi Arabia,” she said. “Brexit offers an opportunity for us to continue expanding upon the relationships that have been there for a long time and that the UK has built very carefully.”