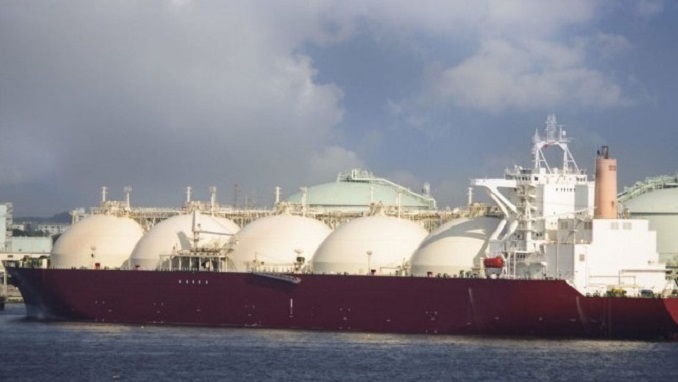 The Climate Bond Initiative (CBI) has excluded LNG carriers from its green financing certification scheme, citing the greenhouse gas (GHG) content of their cargo. The decision has drawn objections from LNG fuel association Sea\LNG, which advocates for the use of LNG for bunkering.

CBI offers a screening tool for investors and governments which allows them to identify green bonds certified to address climate change. Since LNG carriers carry natural gas, CBI placed them on a list of intrinsically GHG-intensive investments, alongside other oil and gas industry asset classes like crude oil tankers, FPSOs, MODUs and PSVs.

In its decision to exclude LNG carriers, CBI also cited rising levels of methane emissions due to methane slip from the unburned natural gas in dual-fuel engine exhaust.

Methane is a far more powerful greenhouse gas than CO2, and the quantity released by LNG-fueled shipping is contested. LNG carriers are the most numerous class of LNG-fueled vessels, using the boil-off gas from their cargo tanks to power their engines (or steam plants).

Under the CBI criteria, most conventionally-fueled ships – boxships, bulkers, even product tankers – are eligible for certification if they meet a “decarbonization trajectory” with a plan to transition to low- and no-carbon fuels.

The list of applicable future fuel options includes electric, hydrogen, wind or advanced biofuels, including biogas. The trajectory criterion acknowledges that these fuels are not currently available in commercial quantities, but anticipates that they may be in future years.

The CBI rubric allows fossil fuel-powered ships on a biofuel transition pathway, but Sea\LNG warned that CBI’s decision discourages LNG-to-biogas options and may be overprescriptive.

“Green bond financing for LNG fueled vessels, all capable of using Liquefied Bio-Methane (LBM) and Liquefied Synthetic-Methane (LSM), are at risk of exclusion. Immature and emerging technologies such as ammonia and hydrogen, that will require significant research and development investment over many years if they are to scale safely in the deep-sea maritime environment, appear to be favored,” warned the coalition. “While these technology pathways are worthy of investment, considering the high level of uncertainty, we believe it makes no sense to exclude an operationally proven, scalable, and existing marine fuel such as LNG and its decarbonization pathway through LBM and LSM.”

Sea\LNG cited a recent study it commissioned from consultancy Sphera, which found that conventional LNG power – without biogas – reduces net GHG emissions from vessel operations by as much as 21 percent when compared to bunker fuel power.

The association noted that dual fuel engine design has changed in recent years and has significantly reduced the issue of methane slip. In the future, the switch to liquefied bio-methane would reduce emissions much further, with no technical modifications to the vessel.