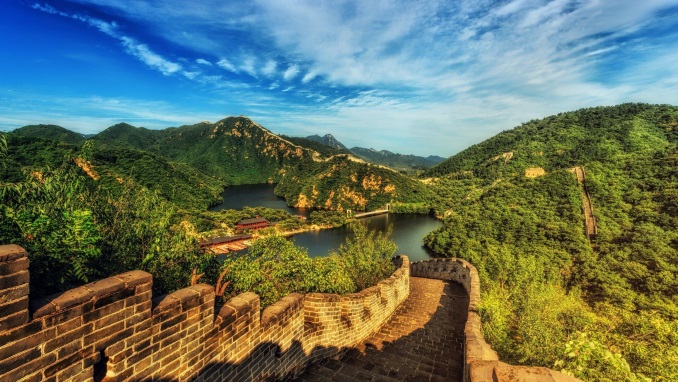 As Davos 2020 demonstrated, green is the new black of economic policy. Despite the climate change movement’s frequent association with fringe extremists, the annual World Economic Forum united activists, royals, politicians, billionaires, consumers and investors under the banner of ‘a cohesive and sustainable world’.

Regardless of political background or alignment, we cannot deny that climate change has gone mainstream.

Changing consumer attitudes towards the use of plastic in packaging and air travel, to name just two examples, will inevitably influence corporate behaviour. Similarly, investors’ desire for sustainability has driven the proliferation of the aptly named green bond market.

According to a study conducted by the UN in 2018, the fashion industry produces 20% of global wastewater and 10% of global carbon emissions – more than all international flights and maritime shipping.

Furthermore, less than 1% of material used to produce clothing is recycled into new clothing, representing a loss of more than USD 100 billion worth of materials each year.  We feel that this cannot go on.

Davos highlighted a continuation of the significant shift regarding environmental, social and governance (ESG) issues – and brought into sharp focus the urgency and necessity to create a unified ESG definition in tandem with a unified disclosure framework. Davos also saw mounting pressure from consumers for a sustainable future.

It is evident that most societies and governments around the globe desire a greener world, and a unified, enforceable framework will no doubt dramatically strengthen our collective efforts.

When investing, ‘green’ considerations are interwoven in our fundamental analysis; however, unlike rating agencies and some investors who look at green issues from a risk perspective, we strive to be more proactive and support sustainable investing with a positive bias.

Contrary to the received wisdom that bond investors have little impact on issuers’ decision-making, our frequent interactions with issuers make us believe bond investors can and do influence companies’ behaviour. It is my assertion that ESG is a secular trend that will lead to sustained cheaper financing for companies.

Perhaps to the surprise of some, China has grown into a leader of the global green movement. President Xi Jinping has encouraged authorities to take matters into their own hands, irrespective of any initial corporate reluctance.

The mandatory release of environmental data and a massive push for green bond investment has shaped China into a model of change. Between 2013 and 2017, for example, sulphur dioxide in Beijing reduced by 70%.

Against this backdrop, there remain questions around China’s overall action on global climate change and its policy towards coal-powered energy. The market is so big that we are able to focus on the green elements and play our part in influencing economic activities to be ‘green’ by international standards.

Today, China stands between the US and France as the second-largest issuer of green bonds, worldwide. In 2018, the country’s internationally aligned green bond issuance reached USD 31.2 billion.

Furthermore, the proportion of China-issued green bonds that do not explicitly adhere to internationally accepted standards has decreased – down to 26% from 38% in 2017. This figure lends credence to China’s shift towards transparency and alignment, as the majority of Chinese issuers produce public reports in line with the People’s Bank of China’s requirements.

We have seen the appetite for the continued development of the green bond market in China first-hand. In August 2019, I went on a green bond due diligence visit to Beijing and held discussions with bond issuers at group and project level.

We focused on the green technology being used, as well as the economic viability of these typically public private partnerships (PPP). All of the projects during this trip involved an aspect of social development, such as basic infrastructure or socioeconomic advancement.

There is a noticeable desire on the part of companies that issue green bonds to set and adhere to stringent international standards in areas such as water, solid waste treatment, and recycling. I believe the UN’s 17 Sustainable Development Goals are important for emerging markets and should be adopted in any future coherent ESG framework.

The Chinese government’s decision to go green is at least in part a consequence of international ESG evolution. China has made unabashed strides in recent years to open itself up further to global investors.

Meanwhile, on the finance front, a major milestone was reached when, this past September,  JP Morgan announced the inclusion of China into its emerging market Government Bond Index suite.The inclusion is expected to infuse a monthly US$3 billion into China’s bond market, which, as illustrated, is rapidly turning green.

It is incumbent on all of us to consider the steps that we, as consumers and as investors, can take to ensure a safer future. We can certainly look at the fixed income instruments in which we invest, as we work to create a greener, healthier ecosystem for us, our children and our children’s children.