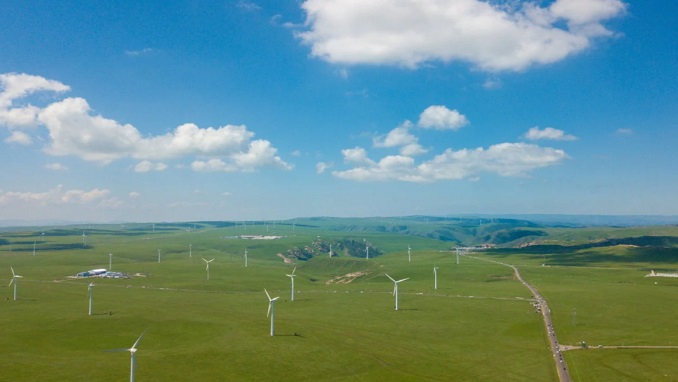 Yet, as political ambitions have caught up with the financial sector, progress has stalled, and last year’s numbers are out of tune with President Xi Jinping’s goal of reaching carbon neutrality by 2060.

Past estimates from the People’s Bank of China’s chief economist, Ma Jun, said China needed US$600 billion a year for its overall green economic transition. More recent numbers from Tsinghua University, after the 2060 carbon neutrality goal was announced, put the required financing at US$650 billion-US$900 billion a year from today to 2050.

At the current pace, the Chinese financial system is now way off that target.

Green bonds are being lauded as the big success story of Chinese green finance, but the market has only grown slowly, even decreasing in 2020.

With the latest fall, China’s annual domestic issuance stands at US$30.5 billion in 2020 compared to US$30.8 billion in the launch year of 2016. Growing slower than the bond market itself, green bonds only make up 0.5 per cent of the Chinese bond market.

The expected launch of a massive national green fund has failed to materialise; the National Green Development Fund was launched last summer but has a meagre US$12.6 billion at disposal.

Combined with the gradual roll-out of the national emission trading system that is still far from complete, and lacks its European sibling’s scope and price, the financing shortfall is arguably more than half the up to US$900 billion needed to achieve the 2060 goal.

The emphasis on green finance as a tool towards meeting climate ambitions is a reasonable approach in an age where the economy is increasingly dependent on the financial system.

China sees green finance as a critical tool for carrying out a green transition of its economy alongside, for example, reforming the electricity system, shifting subsidies from fossil fuels to renewable energy, and setting national and local green targets – similar to the path taken by the European Union.

But while targeted policies in China gave way to fast growth for the green finance industry a few years ago, we are no longer seeing the expected and needed on-the-ground impact of recent policy roll-outs.

In 2020, China’s gross domestic product grew by 2.3 per cent, and total social financing increased by 13.6 per cent. But the growth of the economy and the financial system didn’t yield anything for green finance. In this time of crisis, the leadership focused on growth from the usual areas: infrastructure, real estate and industry.

A total of 17GW of new coal plants were approved in the first half of 2020, more than the two previous years combined, and around three-quarters of the global capacity installed in 2020.

According to Global Energy Monitor, this takes China’s coal capacity under construction or development to a staggering 250GW, which is more than the US’ entire capacity.

The lack of green priorities in the Covid-19 recovery is evident in work done by Vivid Economics’ comparison of stimulus packages. While the EU allocated 37 per cent towards green purposes, China handed out more support to fossil fuels than to green transition projects, ending up with one of the least green stimulus packages globally.

If climate issues trickle down to the bottom during turbulent times, China will not make steady climate progress in an uncertain world.

But green financing was already stagnating in 2018 and 2019, suggesting that Covid-19 is not the source of the slowdown. Rather, financial system regulators and financial institutions are waiting to see what effects the more ambitious climate goals set in the past few years will have.

Achieving carbon neutrality by 2060 would seem a challenge. In the short term, China faces a more relaxed target of achieving peak emissions before 2030. The fact that emissions can continue to increase for another nine years certainly doesn’t encourage a rapid green transition today.

Yet, all this is expected to be formalised in 2021 when the next five-year plan is launched in March. China is known to under-promise and overachieve on climate issues, so leaders may wish to achieve peak emissions much earlier than 2030.

As the most authoritative document on the Chinese economy, the five-year plan will have immediate effects on the market. This year will also see the next session of the UN climate negotiations in Glasgow, at which countries have to submit revised and improved climate plans.

While the 2060 target is a new addition certain to be included, the 2030 peak, first announced in 2015, is more likely to be pushed forward. Only once these two policies are in place will we know at what pace the green transition will take place, and consequently, how fast the financial system needs to be made greener.