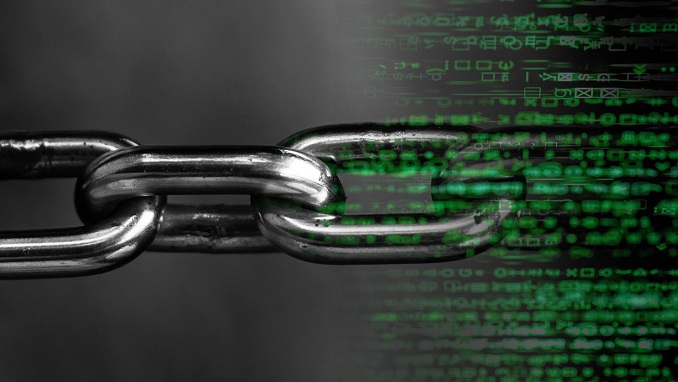 “Never let a good crisis go to waste.” It’s a cliché as old as time, but it tends to be best used by those freshest of innovators and newest of technologies. So, I wouldn’t blame you if you needed pre-Covid blockchain refresher before diving into its specificities in Latin America.

Blockchain is not exactly “new”. The system of decentralized, public ledgers of online transactions—a fancy way of saying globally verifiable lists of evolving data—was assigned almost providential value due to its inalterability.

This claim, alongside the emergence of Bitcoin—a blockchain-based cryptocurrency—was like a soothing psychological balm to millions in the aftermath of the 2008 Financial Crisis.

Now, barely a decade later, in our own current day meltdown, blockchain emerges yet again from the rubble. But this technology is far more sophisticated and developed nowadays, stretching way beyond cryptocurrencies.

It’s not that the concept of blockchain itself has been reinvented. Rather, humans have assimilated it and are using it for ever more unimaginable uses. The problem is, these novel deployments of blockchain are often so disruptive to the status quo that vested interests. Governments, companies, societies are often loth to implement them.

That was until Covid turned the status quo on its head. Now, a pandemic has fatally undermined weak legacy systems and institutions across the world, but particularly in structurally unstable Latin America, opening up a space for blockchain technology and for the startups that deploy blockchain-based solutions.

The question is: Will Latin America’s be able to strike the right balance? Will the fall of weak systems open the way to massive blockchain adoption? Or will it undermine the very systems that blockchain needs to operate?

The answer is as diverse as the uses of blockchain itself, and is dependent not so much on the tech, but to the degree to which each sector will have to be disrupted. Yet, broadly, solutions deploying this technology will broadly form part of three categories:

Cryptocurrencies have long been the hallmark of blockchain technology. The oldest is over 10 years old. Yet, the debate rages on as to whether crypto can, or even should be, a feasible alternative to government emitted money.

Many Latin Americans have skipped out on this debate altogether. Those with US dollars or euros stashed safely in their bank accounts argue about the philosophy of value regarding Bitcoin and Ethereum; Latam is working from experience.

The debate in Latam isn’t whether cryptos are a stable source of value. I mean, look at that graph above, those are some massive fluctuations!

Rather, the calculus is whether betting on crypto is more likely to retain value in the medium- to long-term. And again, the graph shows that, indeed, putting your money in BTC at the beginning of the pandemic would and cashing out from May onwards would have been far better in every single case regarding every major Latin American currency.

Startups have, for a long time, been making the most of this calculated risk in the extreme case of Venezuela. These crypto-companies set an interesting—if radical—precedent to what can be done to preserve value through crypto in the face of a devaluing national currency.

Crypto-exchanges—founded by Venezuelans but based out of the US or Panama— that move capital in and out of Venezuela are thriving. Meanwhile, Colombia-based Valiu added crypto-dollar value to remittances in Venezuela. Even the Venezuelan government has instituted its own cryptocurrency, the Petro, but with dubious success.

The case is thus clear. Blockchain will fill the void where institutions fail. However, when they fail catastrophically, like in Venezuela, the entrepreneurial infrastructure is not there to provide companies the space to grow their solutions.

However, beyond value storage and extreme cases, Covid-19 has imposed a new reality on how we handle our money. Argentina, for instance, controls its citizens’ dollar transactions in order to prevent capital flight and further devaluation. The result has been a massive black market that trades dollars for the real value of the Argentine peso.

But now, physical cash is a risk with a contagious virus going around, so crypto is even better poised to gain an upper hand.

In a region that has little trust in government, but wants tangible assets in a world where physical cash is an issue, crypto-currency has a clearer opening than ever to permeate the Latin American market.

Next, let’s take a look at the verticals and solutions that—just like crypto—existed, but—unlike crypto—weren’t considered for wide adoption any time soon… Until the pandemic. Welcome to the socially distanced economy.

The World Health Organization has recently and for obvious reasons made blockchain a priority. They are specifically working on a blockchain ledger that keeps track of transmission rates for Covid-19 worldwide.

However, the pandemic has put a strain on the health system far beyond the virus itself. And this is where Latin American startups have stepped into the breach. The companies have brought with them blockchain technology to make all processes safer and more efficient. Especially useful in a region with already lacking health services.

In Mexico, a startup called Prescrypto developed RexChain. This is a blockchain network where doctors can import or export clinical data for prescriptions in a private and confidential way.

Meanwhile, in Costa Rica, lockdown restrictions have been causing a shortage of blood donations. To tackle this pressing issue, Lifebank has created an app. Through blockchain technology, it can help communities link up eligible donors, community donation centers, and participating local businesses.

Solutions like these are Covid tangential, but in the short-term, they help to ease the strain on health services. In the long-term—with the costs of the tech and hardware sunk, and the friction to adoption overcome—, they can continue to benefit the region. Indeed, Latin America may even leapfrog past previously unadopted health solutions along the way.

The pandemic has seen a boom for remote learning and edtech solutions. However, when it comes to blockchain the bounds of remote education are taken even further.

As schools have adapted to socially distanced learning environments, elements tangential to education are also getting a digital reboot. No bureaucratic form is perhaps more important in early life than a student’s academic record.

OS City in Mexico is on the case. This startup worked through UNICEF Innovation Fund’s accelerator program and its CryptoFund, as well as Ethereum’s blockchain, to create a digital certificate platform and register children’s educational diplomas.

Remember when mining didn’t mean machines solving equations to create crypto-currencies? Apparently people still do it the old fashioned way. Well, not anymore. Blockchain is speeding things up. Both in terms of production, but also getting to previously unprofitable mines whilst making them less of an environmental hazard.

Because mining is so massive, companies have been able to team up with international tech giants. This was already speeding up the adoption process even before the pandemic.

This is what happened in Peru. Google joined with Minsur—a multinational mining company—to launch a blockchain pilot project. Together they make tin mines better and more sustainable.  Meanwhile, from salmon to mining, Chile’s BLOQS4 is progressively transforming the country’s quintessential industries to adopt blockchain technology.

Of course, getting all these products to their final destination is often where the biggest inefficiencies lie; particularly in a world gone blind with home office working and shut down borders. Yet again, the unalterable and traceable nature of blockchain can save the day when it comes to the import-export industry.

Brazil has brought in some innovative changes to its customs operations in 2020. The country’s national tax authority, the Receita Federal, launched a blockchain project to assist in three key areas in the customs and exportation proceedings: security, identity verification, and cost management.

bCONNECT—as the iniciative is known—has been commercially linking the likes of Brazil, Paraguay, Uruguay, and Argentina as of this year 2020. The best solutions are always regional.

However, not all is lost. Before the pandemic, Latin Americans were slowly looking towards blockchain technology as a way to curb corruption. Regulation of blockchain is a question of political will.

Indeed, Costa Rica, often at the vanguard, now allows employers to pay their staff in crypto. The Inter-American Development Bank (CAF) believes this may be a future driver of govtech and reducer of corruption.

Colombia’s government has also been looking into Ethereum-based solutions to combat corrupt practices. In Brazil, traditional notary services are slowly being replaced by blockchain with the help of OriginalMy.com. This startup uses blockchain technology to register documents and verify authenticity/identity.

So far, there are two approaches successfully implementing blockchain governance across the region: The first is to try to implement governmental use of blockchain via local solutions. The second it to go big and get transnational organizations to do the implementation for you.

On the localist front, we can see how startup OS City has been using blockchain and artificial intelligence to create a more efficient public transport system by digitizing passenger data in Teresina, Brazil.  In its native Argentina, Koibanx cooperated with the municipal government of Marcos Paz and developed a payment system over the RSK network. Now, neighbors and local businesses can exchange goods and services through the platform.

Meanwhile, on the transnational front, we have seen how blockchain titles could change the power dynamic in Bolivia, Peru, and Paraguay via the “Distributed Ledger Technology (Blockchain): The Future of Land Titling and Registry”. This is a project supported by the IDB and Swedish blockchain firm, ChromaWay.

And then there is an initiative launched late last year. Inter-American Development Bank sunk US$600,000 to help small Mexican farmers through blockchain. Tellingly, the financing of small farmers in Chiapas state using blockchain technology was handled by the Spanish startup, EthicHub.

The three levels of blockchain adoption explored above have something in common across the board:

Blockchain is being implemented or accelerated by the impersonal forces of a global pandemic. This, though not surprising in itself, does raise the question as to why such a vaunted bit of tech needed a global cataclysm to really get going?

The answer is actually pretty pathetic: Never has a technology with so much promise been explained so badly by so many. It is a tech that is heavily dependent on widespread adoption (decentralized ledgers) and yet people—including those who specialize in tech—still struggle with the details.

Before the blockchain revolution can ever kick-off, its evangelists need to actually start evangelizing to the masses and not just to each other. Covid-19 has wrought destruction, but also opened up an opportunity: Blockchain fanatics in Latam best not let this crisis go to waste.