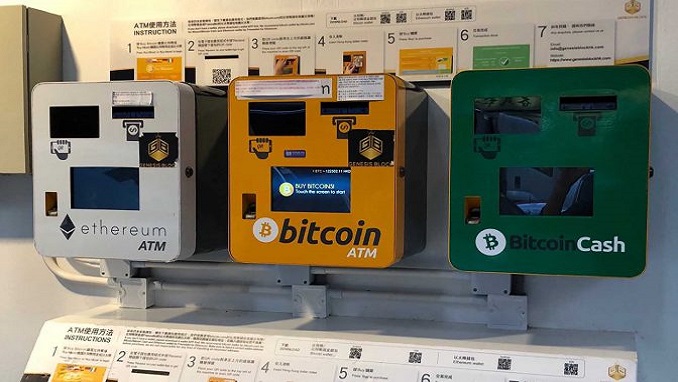 According to global statistics provided by Coinatmradar.com, there are now close to 4,000 cryptocurrency automated teller machines (ATMs). Moreover, there’s been a huge influx of bitcoin cash ATMs over the past year as there are now 1,200 BCH dispensing devices located around the world.

There are various ways people can purchase bitcoin cash and a slew of other cryptocurrencies around the world and one of them is through the use of ATMs. Digital asset dispensing ATMs have been popular since they were first introduced, and over the past two years, their worldwide growth has been exponential.

In November, data from Coinatmradar.com shows the metric will likely reach 4,000 ATMs very soon as the current number of ATMs is 3,993 machines worldwide. Additionally, there are 141,000 ATM-like services that sell cryptocurrencies through mobile payment terminals, vouchers, and even traditional bank ATMs. 1,200 machines out of the world’s 4,000 units allow users to purchase and sell the decentralized currency bitcoin cash.

The analytical website also details some interesting data concerning cryptocurrency ATM growth worldwide such as the fact that there are 6.7 crypto ATMs installed a day. This metric is based on the speed of installations over the last seven days and gauged by the calculations of the last two months.

The biggest digital asset ATM manufacturer today is Genesis Coin which captures 32% of the market share of all machines. General Bytes comes in a close second with 29.2% and then Lamassu (10.9%), Bitaccess (5.4%), Coinsource (4.8%), and Covault (2.7%). Out of all the crypto ATMs worldwide, 61.7% of the machines are one-way devices, which means they only sell cryptocurrencies. Only 38.2% of all virtual currency ATMs are two-way machines, meaning that they not only sell cryptocurrencies but also buy them.

Cryptocurrency ATMs have spread like wildfire and operators and manufacturers do not appear to be slowing down anytime soon. For instance, Lamassu recently introduced a new line of machines. The company launched the “Sintra” series, which includes four models that support BCH, LTC, DASH, ETH, ZEC, and BTC. Furthermore, on Nov. 2, news.Bitcoin.com reported on Coinsource being the first crypto ATM provider to be awarded the Bitlicense to operate in the state of New York. Lastly, according to a recent study by research firm Marketsandmarkets, crypto ATMs will see a compounded annual growth rate of over 54%.