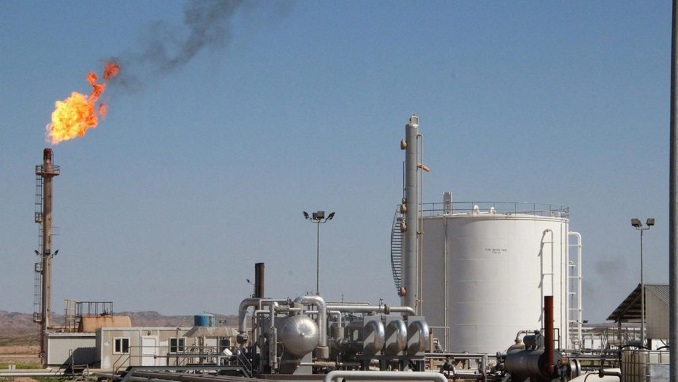 Sharjah-based Dana Gas will use the proceeds from the sale of its Egyptian assets to pay down its sukuk due in October, its chief executive said.

The company, which operates concessions in the Kurdistan Region of Iraq as well as in Egypt, will finalise the sale of its assets in the North African state by the end of March.

“Offers were submitted by the end of last year from a number of interested parties. Evaluation, clarification and due diligence of the offers continue and a board decision will be made by the end of the first quarter of this year,” Dana Gas chief executive Patrick Allman-Ward told reporters in an earnings call.

“In case the sale of the Egyptian assets goes ahead, the first call on the proceeds will be on paying down our sukuk,” he added.

Dana Gas secured an agreement in 2018 to restructure and refinance the company’s $700 million (Dh2.6 billion) sukuk, which had been the subject of a protracted legal dispute when it surprised creditors including investment bank Goldman Sachs and the world’s largest asset manager BlackRock by declaring its bonds non-Sharia-compliant.

The company is due to pay $397m of outstanding sukuk in October and could also tap into its cash position to pay off its dues, Mr Allman-Ward added.

Dana Gas, whose shares trade on the Abu Dhabi Securities Exchange, reported an Wednesday annual net profit of Dh575m for 2019 compared with a net loss of Dh682m in the previous year. The rise in profit was supported by higher production from the Kurdistan Region of Iraq, where the company has gas assets.

The company’s profitability also received a boost as provisions for impairments declined and its earnings from Kurdistan and Egypt increased offsetting the fluctuation in oil prices.

Revenue for the full-year was down to Dh1.68bn, compared with Dh1.72bn the previous year, which the company attributed to lower realised prices and lower production in Egypt that was partially offset by increases in Iraq.

Dana Gas will continue to focus on assets abroad while exploring opportunities in its domestic market in the UAE, which has recently yielded some high profile gas discoveries in Sharjah and Dubai.

“We always look at opportunities in the region, including here in our home country of the UAE,” said Mr Allman-Ward.

The Sharjah-based company, which participated in the emirate’s licensing round said it had taken a call on the concessions finding them “too mature, too risky or not sufficiently material” for an entry.

The company had no more receivables due from the KRI, but had a total of Dh407m left to be recovered from Egypt.