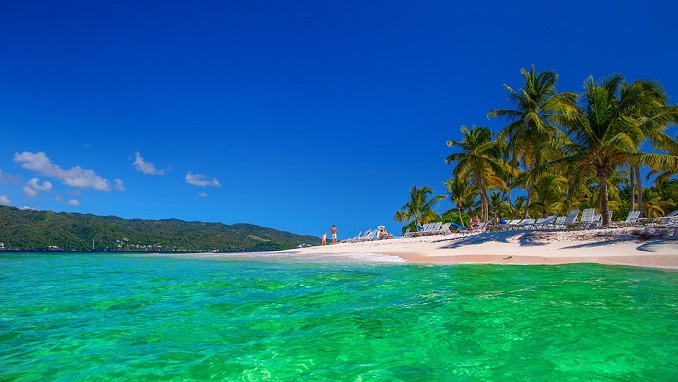 IFC, a member of the World Bank Group, and IDB Invest, a member of the Inter-American Development Bank (IDB) Group, have partnered to provide Cisneros Real Estate with $119.5 million in financing for a new sustainable resort in the Dominican Republic—a strong sign of the destination’s appeal for new development and investment, particularly in the eco-friendly sector.

When it opens in 2021, Tropicalia will include a 169-room Four Seasons-branded hotel and 24 beachfront residences in the municipality of Miches, 80 kilometers west of Punta Cana, on the island’s northeast coast. The development is poised to anchor the country’s first sustainable tourism destination and aligns with the government’s efforts to expand tourism to new areas.

A historically isolated municipality, Miches has not experienced the kind of urban development and investment as Santo Domingo, Bávaro and La Romana have. At the same time, according to the latest census, approximately 60 percent of the municipality’s population lives below the poverty line. As such, IFC and IDB Invest invested in Tropicalia as a resort development to support the region, where they’re expected to gain a foothold in an emerging tourism destination ahead of other developers.

With travelers increasingly conscious of corporate social responsibility, Tropicalia will have several factors to make it a “low-impact, low-density” sustainable tourism destination.

The hotel will be the country’s first EDGE-certified construction, an international green-building accreditation developed by IFC that delivers at least a 20-percent reduction in water and energy use. The project also will seek LEED certification, will adhere to local legal and lender environmental requirements and employ sustainability features to reduce its overall environmental impact.

At the same time, IFC expects to advise the company on how to set up policies that will ensure women get the same opportunities as men in hiring, training, retaining and promoting employees. This will help Tropicalia achieve its goal of earning a UNDP gender seal, according to the company.

To finance the $258-million project, IFC and IDB Invest are providing loans for $79.5 million and $40 million, respectively. As part of the financing package, IFC is mobilizing $34 million from institutional investors through its managed co-lending portfolio program.

Given Tropicalia’s projections for energy efficiency and other environmental considerations, the IFC loan is being entirely financed through IFC’s Green Bonds program, which supports climate-smart investments as part of a broader shift toward a resilient, low-carbon global economy.

“The financing of Tropicalia by IFC and IDB Invest as their first sustainable high-end resort in Latin America and the Caribbean is a testament to our environmental and social commitments,” said Patrick Freeman, Cisneros Real Estate president, in a statement. “Tropicalia will serve as a model for global tourism by helping to promote responsible development in the Caribbean and beyond.”

In 2015, the IDB Group financed the construction of Highway 104 from Punta Cana to Miches, which opened up the area for private sector investment. “Impact investing is at the core of IDB Invest’s principles,” said Aitor Ezcurra, division chief-corporates at IDB Invest. “We are excited to support sponsors that have a heightened appetite for tourism projects that feature strong development impact elements including demonstrated commitment to the promotion of the local value chain, improvement of sustainability standards and caring for the local community.”

Cisneros Real Estate has been in Miches since 2008, when Tropicalia established its corporate foundation, Fundación Tropicalia. As part of its sustainable supply-chain initiative, the foundation has worked to integrate small-scale farmers, fishers and other local businesses to provide goods and services for the resort. The foundation has worked with IDB Lab, a member of the IDB Group, to train more than 1,800 beneficiaries, including farmers, students and community members, to implement sustainable farming practices, develop business plans, create cooperatives, diversify crop production and become financially savvy so that they are better positioned to become suppliers to the hotel and the region’s sustainable tourism industry.

Tropicalia won’t be the first hotel development in Miches, however. The $100-million Club Med Michés Playa Esmeralda is set to open in December 2019 as the first operating resort in the region. At 93 acres, the property will be Club Med’s biggest project of its type in the Caribbean in the past 40 years, and the first full Exclusive Collection resort in the Americas, serving as the new flagship of the dedicated line in the region.

Like Tropicalia, the new Club Med also will emphasize environmental awareness. A tree re-planting program will reinstate every tree removed during the construction, and a community garden will educate guests about gardening, recycling and other sustainable actions.

As noted at this year’s CHICOS conference, the country has seen a “noticeable uptick” of interest in all-inclusive development.