Home Middle East and North Africa Dubai World Pays Off $8.2b of Debt Two Years Ahead of Schedule 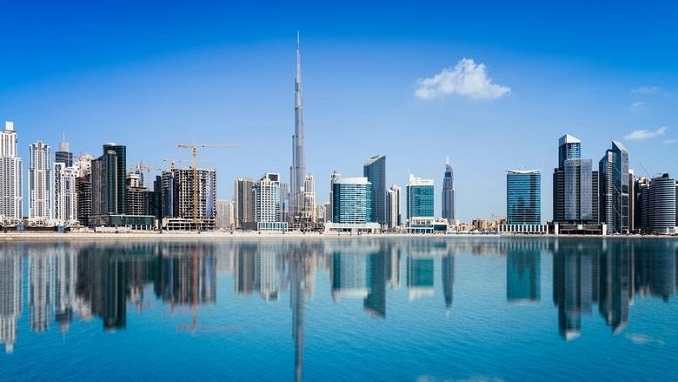 Dubai World said on Tuesday it made the final repayment of $8.2 billion to creditors more than two years ahead of the due date using funds from asset sales, dividend payments and the delisting of port operator DP World, taking its total repayments to $18.9 billion since 2011.

The payment, made ahead of its September 2022 maturity, was an “important milestone” for the company and Dubai, the state-owned conglomerate’s Chairman Sheikh Ahmed bin Saeed Al Maktoum said in a statement.

The company made the payment using funds from a new $3 billion loan from Dubai Islamic Bank, asset sales and dividend payments, it said.

“Looking ahead, Dubai World will focus on streamlining and strengthening its efforts to deliver long-term value for all stakeholders,” Sheikh Ahmed said.

Dubai World, the government-owned conglomerate with interests in ports, real estate and hospitality, signed a $25 billion debt restructuring agreement in 2011 after Dubai was hit by the global financial crisis.

“We’re really trying to get the job done,” Mohammed Al Shaibani, the Director General of H.H. The Dubai Ruler’s Court, and a Dubai World board member told Bloomberg in an interview.

“As soon as we’re able to pay, we just do a payment. This is not the first time we pay ahead of time by the way,” said Sheikh Ahmed.

Dubai World, the government-owned conglomerate with interests in ports, real estate and hospitality, signed a $25 billion debt restructuring agreement in 2011 after Dubai was hit by the global financial crisis.

“This is a very positive news coming out of Dubai and shows the commitment of the govt to meet its various debt obligations. It augurs well for the debt programs coming out of Dubai in the future. It will also certainly help in improving business confidence of investing and doing business in Dubai,” said Shailesh Dash, chairman, Gulf Pinnacle Logistics.

Dubai World used funds from its subsidiaries to repay the debt, including $6 billion from Port and Free Zone World, $2.7 billion from the sale of Economic Zones World and a $1.6 billion dividend from Infinity World. It also raised a $3 billion loan from Dubai Islamic Bank.

The payment comes as Dubai faces the prospect of restructuring a “significant portion” of $23 billion in loans made to Dubai government-related companies maturing at the end of 2021, according to Fitch Ratings Ltd.

“Honoring commitment on time will increase the trust and defines the future of Dubai,” Saad Maniar, senior partner at Crowe UAE, told Khaleej Times on Tuesday.

In February, Dubai World took full control of its port operator DP World in a deal with a $13.9 billion valuation that would help the company at the center of the emirate’s 2009 debt crisis to repay some of its borrowings.

As per the arrangement, the subsidiary pays Dubai World $5.15 billion, helping it to meet outstanding obligations to lenders so that DP World can implement its strategy without restrictions.

Dubai World subsidiaries face certain restrictions due to agreements with creditors but DP World had been exempt from those restrictions as long as it was listed.