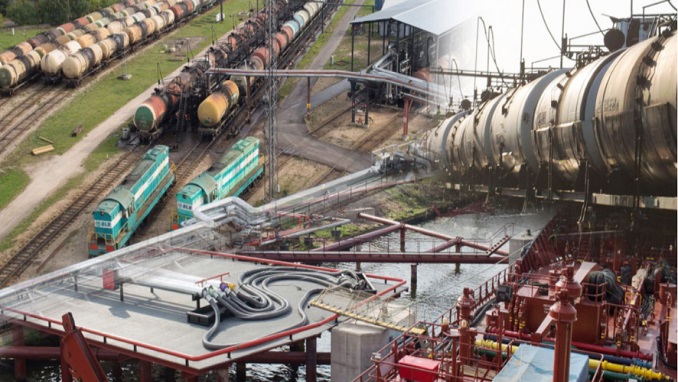 After an investigation has shown that Belarussian oil exports to Estonia reached record levels in 2021 despite the harsh EU and Estonian sanctions, the Foreign Affairs Committee of the Estonian parliament (Riigikogu) called on Monday for a revision of the country’s sanctions policy towards Belarus so it doesn’t look like a hypocrite, ERR reported.

After the 2020 Belarusian presidential election that was widely regarded as rigged in favor of long-term leader Alexander Lukashenko, Estonia has imposed sanctions against Belarus alongside the EU and separately with Latvia and Lithuania.

However, it seems that those measures didn’t stop companies to profit from the situation by dodging the rules, making the sanctions seemingly counterproductive.

All of that is putting the Estonian government in a dire situation since although everything looks correct on the paper, Re:Baltica/Delfi Estonia/Belarusian Investigative Center investigation has described a situation in which trade with the Baltics is booming at record levels.

The irony is that Estonia is the main beneficiary of that boom, especially with regard to Belarussian oil previously destined to Latvian ports, a third of which is now going to Estonia.

The first reason behind the imports of oil products, which have increased three-fold compared to 2020, is the trade that is going through the cluster of companies related to a sanctioned Belarussian oligarch that has been described by the US as “Lukashenko’s energy wallet”.

The second reason which allows the trade to continue uninterrupted is a little trick with the customs codes. Although the EU banned the trade of Belarus oil products with specific commodity codes, it has left out some other very similar codes, and since the coding is always at the discretion of the person filing the declaration, there’s always room for abuse.

Add to this the fact that Estonia is allowing the state-owned railway carrier to carry huge amounts of Belarussian oil products although it was leading the push for strict sanctions, and the picture is much clearer – or darker if you ask the Estonian Foreign Affairs Committee.

The Committee’s Deputy Chair Mihhail Lotman was quite vocal in criticizing the ongoing practice which, as he stressed, presents Estonians as hypocrites since they’re letting both Belarusian and Russian goods through the country despite having both the right and duty to stop it.

Agreeing that the confusion surrounding Belarusian transit does not reflect well on Estonia, the Committee’s Chair, Marko Mihkelson has also pointed to the need to review if the EU has overlooked something while shaping its sanctions policy.

Mihkelson noted that the whole issue, which is not concerning only Estonia, also has a much wider dimension, which relates to the overall security situation since it conveys a wrong message because it shows they cannot impose workable sanctions even against Belarus, let alone Russia.

Although the Foreign Affairs Minister Eva-Maria Liimets underscored that the government is taking criticism seriously, it is seeking measures to influence the Belarus regime and support civil society without complete discontinuation of economic relations with Belarus.

Liimets said she’s aware that although it is legal in its current form, the transit of Belarusian oil products through Estonia looks bad alongside the sanctions it has imposed and pointed out that the government needs to review its sanctions policy.

However, Estonian PM Minister Kaja Kallas has shown much restrain in her comments, stopping short of saying the sanctions were being evaded, noting that imposing the sanctions and its enforcement are two different things.