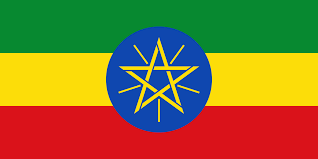 Ethiopia’s central bank is set to develop Islamic finance in the African nation, in an effort to expand financial access and inclusion.

This is part of a wider government effort to mobilize domestic resources to diversify the Ethiopian economy.

Ethiopia has one of the highest economic growth rates in Africa, yet relies heavily on an agriculture sector that employs 75 per cent of the workforce and 80 per cent of exports.

To further industrialize the economy, the government aims to maintain investment rates of almost 40 per cent of GDP over the next five years.

“This can only be achieved if the financial sector, particularly the banking industry, can play significant role in mobilizing desperately needed savings from domestic source,” said Getahun Nana, Vice Governor of the National Bank of Ethiopia.

Islamic finance will help this effort as many of the more than one third of Ethiopia’s 100 million population are Muslim and excluded from the financial sector.