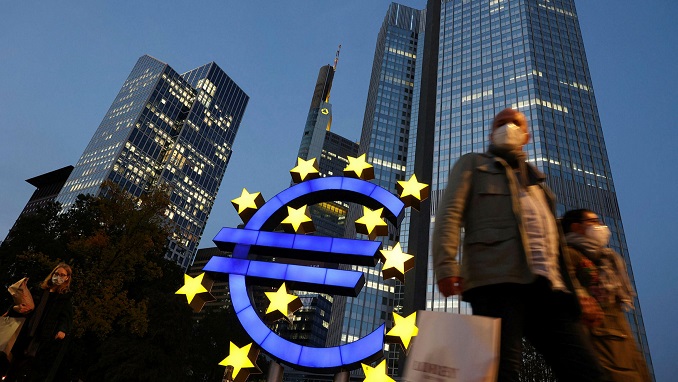 Europe’s markets for new government debt had a bustling start to the year, defying fears that hefty borrowing would make it more expensive to raise funds to help finance the economic recovery from Covid-19.

Bond syndication deals run by banks had their busiest first quarter ever, with the equivalent of $150bn raised by governments across Europe and the UK, the largest volume for that time of year on Refinitiv records going back to 2000.

Overall bond issuance by major eurozone government borrowers, including auctions, was €373bn, according to figures compiled by ING, 20 per cent higher than last year.

Demand proved resilient despite the flood of supply and volatile price moves for bonds trading on the open market. Strong investor interest in the primary market for new debt, supported by the European Central Bank’s purchase programme, allayed concerns that governments would need to pay substantially more for their borrowing.

“January and early February were probably the hottest primary market we’ve ever had,” said Jamie Stirling, global head of sovereigns, supranationals and agencies debt capital markets at BNP Paribas. “The volumes have been incredible.”

Governments raised more debt through bond syndications than in any three-month span except for last spring, at the height of the Covid-19 crisis. Eurozone debt to GDP has risen from 86 per cent in March 2020 to 97 per cent at the most recent official reading to the end of September.

Appetite for new debt dispelled any worries about pricing. The average yield for eurozone bond syndications since January came in at 0.75 per cent on a duration-weighted basis, down from 0.94 per cent in the first three months of 2020, according to calculations by BNP Paribas.

The lower yield on newly issued bonds show governments could still raise funds at cheaper rates despite the ramp-up in debts.

The sharp sell-off in global bond markets since mid-February, led by US inflation fears, threatened the buoyant environment for new bonds, as investors faced the prospect that newly purchased bonds would fall in value.

“I would have expected there to be more difficulty,” said Antoine Bouvet, senior rates strategist at ING.

If investors are worried about falling prices, they may demand issuers offer a higher premium on new bonds in compensation. Bouvet said low borrowing costs partly reflected investor confidence the European bonds price will not slide too far.

The rise in bond yields emanating from the US prompted “a bit of a rethink”, according to Ioannis Rallis, who runs this type of issuance at JPMorgan.

Investors who loaded up on longer-dated debt faced a sharper fall in prices, because these longer maturities carry more inflation risk. The repricing in bond markets came quicker than many analysts anticipated.

“Some investors were probably a bit offside at one point,” said Rallis. Issuers and investor demand have recently shifted to medium- and shorter-dated bonds. “Demand for the long end will come back but we need to see some stability,” he added.

The market expects a substantial boost in the second half of the year as the EU begins to issue €225bn in green bonds as part of its €750bn coronavirus recovery fund.

Green bonds are “both politically very popular at the moment but there is also strong demand from the investor side”, said Rallis.