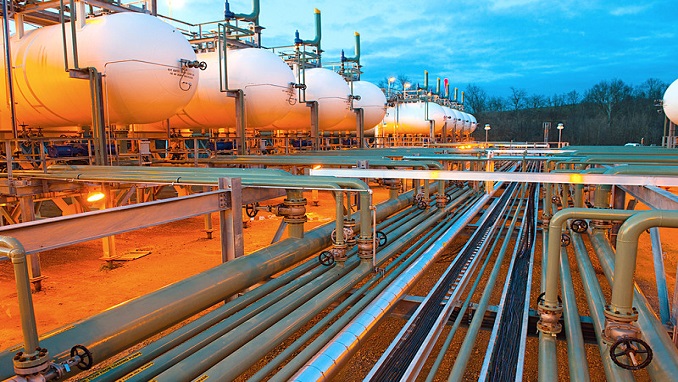 Nine members of the expert group advising the European Commission on sustainable finance rules have threatened to step down if Brussels continues to uphold rules they see as “a clear contradiction to climate science”.

The taxonomy classification system was designed to address so-called greenwashing in financial markets – but the experts now fear that it might end up becoming a “greenwashing tool” itself.

The rules, expected to be adopted by the commission by 23 April, will establish a list of economic activities that can be labelled as “environmentally sustainable investment” in the EU from next year.

A draft of the commission’s proposal, leaked to the press last week, revealed that some gas plants that generate power and also provide heating or cooling could be deemed as a “sustainable”, under certain conditions.

For example, the green label would apply to new cogeneration gas plants if they replace coal-fired or oil-fired facilities, leading to a cut of emissions of at least 50 percent per kWh of energy. This controversial approach comes after the previous version of the taxonomy, which refused natural gas-fuelled plants the sustainable label, faced opposition from some EU countries.

Nine of the 67-member expert group advising the EU about this landmark regulation wrote to the commission on Wednesday (31 March), arguing that the latest leaked proposal is not science-based, openly discredits the Green Deal and creates a reputational risk for them and their organisations.

“We are concerned that the time and effort we invest – pro-bono – in developing science-based criteria could be undone by lobbying behind the scenes,” they said. “Should politics and lobbying prevail over science, it is our responsibility to inform you that we would be forced to reconsider our contribution to the platform.”

The group of scientists, environmental and consumer experts say fossil gas should be denied any ‘green’ classification, while forestry and bioenergy should also be temporary removed from the sustainable finance rules to allow further discussions.

“These three sectors represent a red line that would fatally, and openly, undermine the entire taxonomy’s credibility,” they warn.

The letter is signed by finance experts from civil society and academics. The platform of experts advising the commission also includes representatives from the industry and the business sector.

“As the scientific community, we are shocked…I really wonder how many people can say in good faith that this is science-based,” Andreas Hoepner, a professor at University College Dublin who signed the letter, told a press conference on Thursday.

“At this point, we wonder if there was even an intention ever of making this [taxonomy] science-based – or if science was used just as a legitimating tool,” he added, warning that the current proposal is far away from being compatible with the 2015 Paris Agreement.

For his part, Sébastien Godinot, an economist at NGO Worldwide Fund for Nature (WWF), warned making the taxonomy a greenwashing tool would also undermine the role of green bonds supporting Europe’s transition towards climate neutrality.

“The Green Deal and the EU global climate leadership are at stake here,” he said.

Meanwhile, a leaked report from the Joint Research Centre (JRC), the commission scientific body, has concluded that nuclear power can be considered “sustainable” under the taxonomy.

“The analyses did not reveal any science-based evidence that nuclear energy does more harm to human health or to the environment than other electricity-production technologies,” it said.

Two experts groups have now three months to review the JRC’s findings before the commission takes a final decision.

France, a major nuclear-dependent power, together with the Czech Republic, Hungary, Poland, Romania, Slovakia, and Slovenia recently called on the commission to support nuclear in its climate and energy policies, including in the taxonomy.