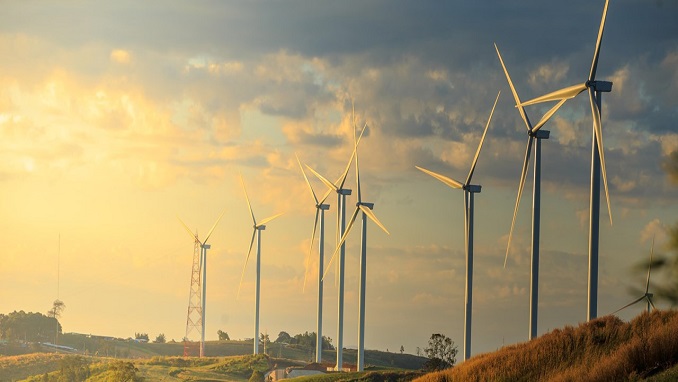 Financial institutions are pushing ahead with a number of reforms of lending criteria to align with Paris Agreement objectives, leading to a tightening of lending requirements and a progressive shift away from financing fossil fuel projects, a conference heard this week.

French bank BNP Paribas is looking to phase out all financing to the outstanding loans to companies related to thermal coal by 2030 in the EU and 2040 for the rest of the world, Alexandra Basirov, the bank’s global head of sustainable finance for Financial Institutions Coverage, the climate corporate governance for financial institutions conference, organised by the European Bank for Reconstruction and Development (EBRD), in London.

“The share of the coal in the energy mix of the electricity companies we finance has fallen below 20%,” says Basirov. “Post Paris agreement we have really tightened up our policy around energy mix.”

In 2017, the bank also stopped funding any new unconventional oil and gas and coal-fired power plant projects. At the same time, it is targeting further expansion of financing for renewable assets.

Financial institutions have “an important and crucial role to play” in the energy transition, partly through a “strict management of climate related risks”, Basirov stresses.

Meanwhile, Dutch bank ING is incentivising lenders to improve their stability and reduce their climate related risks through a ‘sustainability improvement’ loan, says Roland Mees, director of sustainable finance at ING. This “links the achievement of a borrower in terms of stability to interest margins: when achievement is good, they go down, if [the borrower] fails to deliver they go up,” he explains.

However, banks are still faced with the issue of guaranteeing dividends to shareholders, which may clash with green financing objectives. While the debate is “still ongoing”, says Mees, an incentive-based approach might be more effective in promoting a shift towards sustainability among borrowers.

He also calls for a “strong carbon price” as well as a reform of taxation to reflect the fact some groups of society are more affected by climate change than others.

Banks are still faced with the issue of guaranteeing dividends to shareholders, which may clash with green financing objectives

Climate change poses risks to central banks, regulators and supervisors, as the increasing number of catastrophic events cascades to all sectors of the economy, says Luis Pereira da Silva, deputy general manager at the central banks-owned Bank of International Settlements (BIS)— indeed he sees climate change as the leading source of threat to financial stability of countries.

The EBRD also has seen an increase in green investments—to €14bn in 2019, now accounting for 46pc of its portfolio—and is looking to further expand its green bonds programme, Francis Malige, managing director of financial institutions at EBRD, said on the sidelines of the event.

“When it comes to green bonds there is certainly going to be more; we are seeing increasing demand,” say Malige, adding that “the most sophisticated the market and the larger the banks, the ones that have the easiest access to capital markets… they are the ones asking about green bonds most.”

The EBRD launched issuance of green bonds in 2010 by offering environmental sustainability bonds. In 2019, it also added climate resilience and green transition bonds.

Meanwhile, the EBRD’s portfolio has seen a progressive tightening in funding of conventional fossil fuel assets, says Ian Smith, its associate director, green finance. Specifically, on coal, the EBRD’s position “is clear, we are not financing coal”.

For “other projects in the basket of carbon-intensive fossil fuels, we are trying to avoid them, mainly because of the risks that we see associated with them and the link to our environmental mandate, which we see as incompatible” with such projects, says Smith.

Although some gas projects might still access the EBRD’s funding, these will be selected on the basis strict criteria, such as their contribution to the decarbonisation of a country’s economy, he adds.