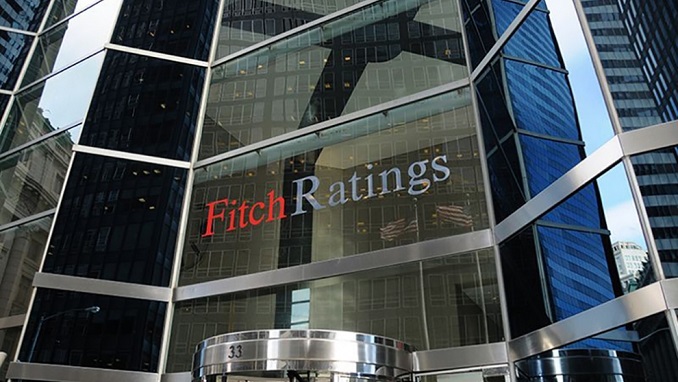 Fitch Ratings – London – 21 May 2020: Fitch Ratings has affirmed UAE-based Emirates Islamic Bank PJSC’s (EI) Long-Term Issuer Default Rating (IDR) at ‘A+’ with a Stable Outlook and Viability Rating (VR) at ‘bb-‘. A full list of rating actions is at the end of this commentary.

The IDRs and Support Rating (SR) of EI are in line with parent Emirates NBD Bank PJSC (ENBD; A+/Stable/F1), reflecting Fitch’s view that EI is a key and integral subsidiary of its 99.9% shareholder.

Fitch assigns Short-Term IDRs according to the mapping correspondence described in the rating criteria. An ‘A+’ Long-Term IDR can correspond to a Short-Term IDR of either ‘F1’ or ‘F1+’. In the case of EI, Fitch opted for ‘F1′, the lower of the two Short-Term IDRs. This is because a significant proportion of the UAE banking sector funding is related to the government, and a stress scenario for banks is likely to come when the sovereign itself is experiencing stress. Fitch judges this wrong way risk to be high in the UAE, but is only a short term risk.

ENBD’s IDRs reflect potential support available from the UAE and Dubai authorities, if needed. Fitch believes this support would flow through to EI, given EI’s role and track record in the group, offering retail, SME and small corporate Islamic finance services, the very high reputational risk to ENBD should EI default, as well as the Central Bank of United Arab Emirates’ (CBUAE) inclination to favor support, as EI operates in the same home market as ENBD.

The rating of senior unsecured debt (Sukuk) issued by EI’s special purpose vehicle (SPV), EI Sukuk Company, is in line with the bank’s Long-Term IDR, because Fitch views the likelihood of default on any senior unsecured obligation issued by the SPV the same as that of the bank.

EI’s VR reflects the bank’s niche franchise and its higher impaired financing ratio than the peer average. It also takes into account still weak underlying asset quality, despite some improvements, which is expected to come under renewed pressure given the current operating environment, and only adequate capitalization considering asset quality issues. The VR also factors in a generally stable retail funding profile underpinned by healthy liquidity.

EI’s company profile benefits from the bank’s association with ENBD. However, the bank still has a moderate franchise in the UAE banking sector, with an approximate 2% share of system assets and deposits, despite its large branch network and being the third-largest Islamic bank in the country.

EI’s asset quality has improved, supported by tightened underwriting standards in retail financing, lower impaired financing origination and some write-offs. The impaired financing ratio dropped to 7.3% at end-1Q20 from 10.3% at YE 2017 but remains higher than the peer average. Total stage 2 and stage 3 financing accounted for 12% of the financing book at YE 2019. Given the current weakened operating environment from the spread of the coronavirus, Fitch expects EI’s asset quality to come under pressure, particularly from its retail portfolio which accounts for 63% of total financing.

Forbearance measures by the CBUAE including a six-month credit extension might not be sufficient to mitigate asset quality deterioration if the downturn is prolonged. Total reserve coverage improved to 126% at end-1Q20 – 88% coverage of stage 3 financing by specific provisions – providing some cushion against asset quality deterioration. The financing book remains concentrated by single-name exposures, and the top-20 exposures represented 112% of total equity at YE 2019, albeit notably less than at some regional peers.

EI’s Common Equity Tier 1 (CET1) ratio stood at 20% at YE 2019 (up from 17% at YE 2018), comfortably above the minimum regulatory requirements and comparing well against peers. The bank’s derisking strategy, coupled with healthy profitability and low financing growth in 2018 and 2019, helped strengthen capital ratios. Fitch views EI’s capitalization as only adequate in light of its underlying asset quality and financing book concentration.

Impaired financing is adequately covered by reserves. However, unreserved stage 2 and stage 3 financing were equal to 17% of CET1 capital at YE 2019. Fitch expects an increase in financing impairment charges to put downward pressure on retained earnings and capitalization. EI does not distribute dividends, and Fitch expects EI to be able to raise capital from its parent if needed (as in 2016).

Earnings and profitability metrics had previously been undermined by financing impairment charges, but improved in 2018-2019 on asset quality stabilization. Financing impairment charges absorbed 29% of pre-impairment profit in 2019, down from 92% in 2016. Consequently EI’s operating profit to risk-weighted assets ratio improved to 2.5% in 2019 from 0.2% in 2016. EI’s net profit margin of 3.8% in 2019 compares well with peers, supported by its retail focus and high portion of current and saving accounts deposits. However, similar to peers, Fitch expects profitability to come under renewed pressure due to lower business volumes, higher financing impairment charges and an increase in the cost of funding.

EI is mainly funded by customer deposits, which account for more than 80% of its non-equity funding. The deposit base is less concentrated than peers’ due to EI’s retail focus – retail deposits form 40% of the deposit base. At YE 2019, the 20-largest deposits made up about a quarter of total customer accounts. EI’s high proportion of current and savings accounts (63% of deposits at YE 2019) provides the bank with a lower-cost and more stable deposit base for the short to medium term.

EI’s liquidity is well managed. The gross financing to deposits ratio was 91% at YE 2019 and is not expected to increase materially from its current level due to expected low credit growth. Liquid assets including the cash balance less mandatory reserves, interbank placements and government securities covered 32% of total deposits at end-1Q20. Liquidity is mainly held in cash balances with the central bank and interbank placements. The bank’s LCR was healthy at 248% at end-1Q20.

In assessing EI’s ratings, Fitch considers important differences between Islamic and conventional banks. These factors include closer analysis of regulatory oversight, disclosure, accounting standards and corporate governance. Islamic banks’ ratings do not express an opinion on the bank’s compliance with sharia. Fitch will assess non-compliance with sharia if it has credit implications.