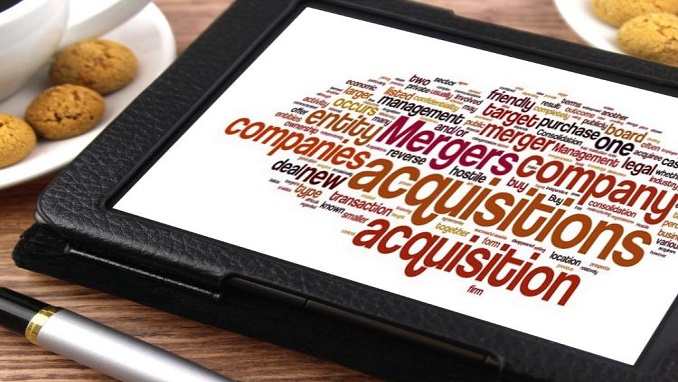 Once a taboo in the GCC bank boardrooms, the option of a merger has become more acceptable, thanks to the recent successful mergers of major lenders that brought with it significant cost savings and operating synergies, leading to better profitability.

“Increasing compliance cost, rapidly changing technology, and innovation to be at the top of the game, are forcing banks to look for options to survive in the competitive world,” said Aarthi Chandrasekaran, vice-president at Shuaa Capital.

Analysts say the success of past deals — such as the merger between Emirates Bank and National Bank of Dubai and a further consolidation of the Islamic banking business of Emirates NBD group through a merger of Dubai Bank with Emirates Islamic — has set a template for reaping benefits of scale and cost savings.

“The merger of First Gulf Bank (FGB) and National Bank of Abu Dhabi (NBAD) — forming First Abu Dhabi Bank (FAB), the largest bank in the UAE and one of the largest [after QNB] in MESA [Middle East & South Asia] — has already provided significant synergies to the bank, both in cost efficiencies and business opportunities as allowed by the larger integrated and better-diversified asset base,” said Emilio Pera.

A crowded industry with banks of varying sizes in the UAE calls for consolidation to create stronger organisations. “UAE comprises a highly fragmented market, with a few large banks (FAB, Emirates NBD and ADCB comprising 53 per cent of the total UAE banking sector) and many smaller lenders, making it ripe for further consolidation,” said Ehsan Khoman, Head of MENA Research and Strategy.

Another three-way merger among three Sharjah banks such as Invest Bank, United Arab Bank and Bank of Sharjah has been widely talked about in the banking and corporate circles for the past few months but were denied by all banks. Speculations have resurfaced once again following Government of Sharjah’s decision to acquire more than 50 per cent equity stake in Invest Bank.

“We are aware that market speculation of a three-bank merger has recently resurfaced. We denied similar rumours a few months ago and our position hasn’t changed,” Lloyd Maddock, CEO of Invest Bank.

International organisations such as the International Monetary Fund (IMF) and the Institute of International Finance (IIF) have for long been calling for consolidation of the banking sector in the UAE and the region to benefit from economies of scale and cost savings that will come from mergers.

Currently, there are 49 commercial banks serving a population of about 9 million. In addition to onshore representative offices of nine international banks, there are a large number of offshore banking entities operating from the Dubai International Financial Centre (DIFC).  In addition to gain a critical market share within the domestic market, banks are also keen to gain access in key growth markets through mergers and acquisitions.

Analysts like Chandrasekarn believes that the era of high oil price that triggered a cycle of intense spending and credit demand is over. “We are now moving closer to a mature market phase with moderate growth, planned vision, and economies with far more cost consciousness than before,” she said.

Global rating agency Moody’s believes the potential three-way merger of Abu Dhabi will bring about large savings. While consolidation of the banking system is expected to diminish the competitive pressure for funding, the competition for concentrated deposit sources — combined with the increase in US interest rates — is contributing to an increase in UAE banks’ funding costs.

“The merger of ADCB, UNB and AHB would contribute to consolidation of the over-banked UAE banking sector, which will increase banks’ pricing power, reduce pressure on their funding cost and increase their ability to meet sizeable investments,” Moody’s said in a recent note.

Analysts said the creation of bigger organisations with larger asset size will improve competitiveness and shareholder value. While consolidations have a lot of challenges, the long term benefits outweigh the short term hiccups.

“The key short term challenge in a subdued environment is that it acts as a drag on the economy as it further softens the demand for retail and real estate, and hurts the sentiments of the private sector,” said Chandrasekaran.

System consolidation will also increase banks’ scale and revenue base, improving their ability to meet sizeable investments related to compliance, digitalisation and new accounting standards such as IFRS9, according to Moody’s.

“It is encouraging to see the UAE taking the lead in consolidation, and the announcement of a merger seems to make good business sense, in line with creating regional champions,” said Saeeda Jaffar, managing director at Alvarez and Marsal.