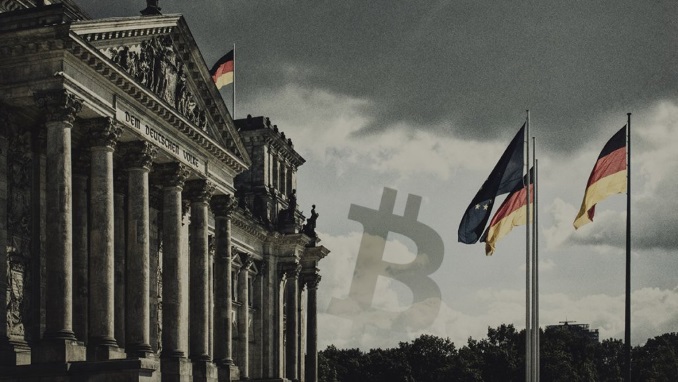 The federal parliament of Germany has drafted a bill that, if enacted, will allow banks to become custodians and merchants of cryptocurrency in 2020, German business newspaper Handelsblatt reported Wednesday.

The move represents a bombshell milestone in adoption and could, in theory, make crypto as liquid as cash in the world’s fourth-largest economy.

The new Bundestag bill proposes the deletion of a clause in the European Union’s Fourth Anti-Money Laundering Directive that prohibits banks from directly dealing in cryptocurrency. Since 2017, the directive’s “separation bid” has required all EU banks to conduct crypto operations through third-party custodians and subsidiary entities.

If the bill is adopted as expected, starting next year banks, operating in Germany will be legally allowed to store crypto and securities like stocks and bonds and offer them to customers — likely as they would cash.

The Association of German Banks a.k.a. “BdB” lauded the possible regulation changes, stating banks “are experienced in the safekeeping of client assets and in risk management,” and “are committed to investor protection.”

Others aren’t so sold on the motives of banks or their commitment to “investor protection.” The consumer protection watchdog from Germany’s third-largest state, Baden-Wuerttemberg, is concerned banks could aggressively pitch crypto to uneducated customers and put them out of pocket. They stated:

“Basically, banks sell a variety of financial products, if the commission is right. If they are allowed to sell cryptocurrencies and keep them for a fee, they run the risk of turning their assets at risk of total loss to their clients, without them knowing what they are getting into.”

The bill may be a portent of a coming power grab by banks, one where financial institutions attempt to dominate crypto with the almighty level of control and profit they enjoy in the currency market.

It has long been feared that banks would enter in this fashion and corrupt Bitcoin and broader crypto with opaque controls like fractional reserves. In fact this particular possibility was described ten years ago as being the “ultimate fate” of Bitcoin by early crypto pioneer Hal Finney.

A more immediate possibility is the enforcement of banking-style controls over crypto — aside from the German bill, this is becoming a reality in a number of key markets. In October, the U.K. Financial Conduct Authority announced that as of 2020, all crypto businesses, ATMs, and even open-source wallets, will be required to collect KYC information on users.