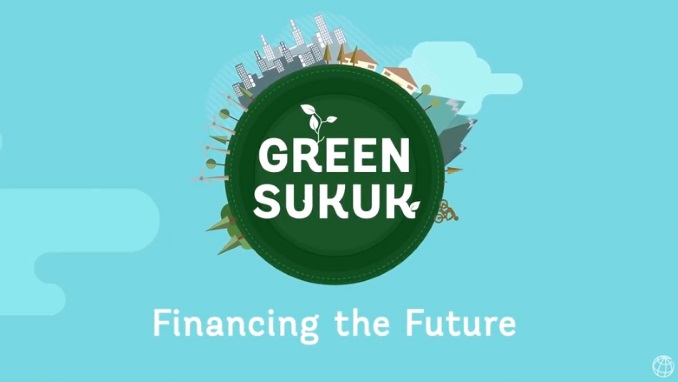 Mozambique is an illustration of just how exposed the continent is to worsening climate change as demonstrated by the widespread devastation caused earlier this year by cyclones Idai and Kenneth.

The scale of funding needed to meet the continent’s green financing needs is far beyond the scope of governments. To help combat climate change, innovative approaches and alternative modes of financing need to be considered.

As African countries search for new green financing sources, green sukuk – capital market instruments similar to bonds where proceeds raised are exclusively earmarked for the financing of environmentally friendly projects – should be considered.

Sustainability is the next frontier for Islamic finance and instruments such as Green sukuk have great potential to help Africa meet its green financing needs.

Green sukuk are Shari’ah compliant instruments whereby proceeds raised are exclusively earmarked for the financing of environmentally projects. It is a form of SRI which seeks to achieve not just a financial return but also an environmental good.

Green sukuk issues, such as those in Asia and the Middle East have demonstrated that they are indeed an effective tool for environmentally related funding for governments and corporates alike. There is vast potential and opportunity for green sukuk in Africa to help bridge the green financing gap.

What is the motivation to embrace green sukuk in Africa?

Firstly, tapping the green sukuk market could be an opportunity equally for African sovereign and corporate issuers to access a wider pool of both Islamic and conventional investors. Although SRI is a relatively niche area, there are a growing number of institutional investors that have expressed a strong appetite for SRI instruments and are increasingly demanding it.

Tapping the green sukuk market can therefore allow issuers in Africa to access a wider and more diverse group of investors.

Multilateral development banks such as the African Development Bank (AfDB) also have an important role to play in addressing problems such as climate change. In 2008, the World Bank issued the first green bond that pioneered and created the roadmap for the green bond market.

The AfDB can help spur the green sukuk market in the continent by issuing Africa’s first green sukuk setting precedent for African sovereigns and corporates to follow their lead. This can mobilise essential finance needed to help plug Africa’s green funding deficit.

The motivation to embrace green sukuk is straightforward as such innovations could be catalytic for the development of much-needed green infrastructure in Africa and support the continent to transition towards a greener economy.

Green sukuk is no way a panacea to Africa’s green funding needs but rather an alternative funding tool that can be leveraged.