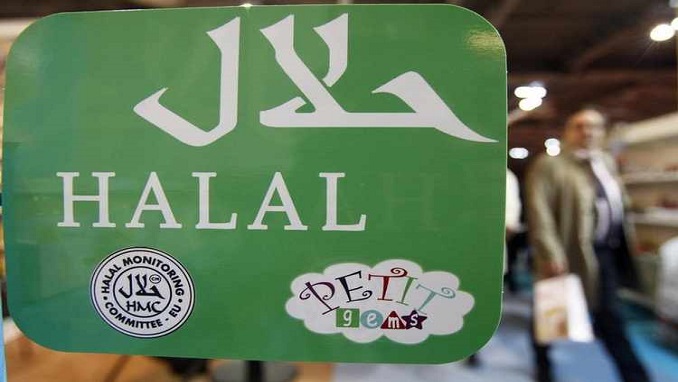 While the pandemic seemed at first to threaten shortened supply chains as Muslim-majority countries like others looked to secure domestic food supplies, a recovering global economy as well as supportive government measures suggest the global Islamic economy will continue where it left off before the pandemic took hold.

The pandemic has been predicted to cause an 8% downturn in global Muslim spending in 2020 across the food, pharmaceutical, cosmetics, fashion, travel and media & recreation sectors. In 2019 this spending had totalled $2.02 trillion, up 3.2% from 2018.

However, each of these sectors, with the exception of travel, is forecast to return to pre-pandemic spending levels by the end of 2021. By 2024, the global Muslim spend is predicted to reach $2.4 trillion, representing a 5-year Cumulative Annual Growth Rate (CAGR) of 3.1%.

There are a number of reasons for the expected resumption of growth in the Islamic economy. The global Muslim population is expected to grow at twice the rate of the total population in the years to 2060, and this population regards religious practices as more important to their lives than do others.

Also, younger Muslims are like non-Muslims keenly aware of environmental, social and sustainability issues, which are primary concerns of Islamic finance, and will be more adept at taking up the numerous digital solutions now being made available.

On top of this, intra-OIC trade is growing. In 2018, intra-OIC trade as a share of the overall foreign trade of OIC member states rose 7%, and Islamic financing is playing a key role in facilitating this growth. Trade finance was already a global $12.3 trillion industry in 2016, and with Shariah-compliant trade finance accounting by then totalling just $186 billion, this left the potential for rapid growth.

The largest markets for Islamic trade finance in 2014 based on intra-OIC trade were the UAE, Turkey and Saudi Arabia. Intra-OIC trade volumes more than tripled from $271.45 billion in 2005 to $878 billion in 2015, and before the Covid pandemic struck had been projected to grow to $1.43 trillion in 2020.

The world’s biggest retail brands are starting to take notice of the global market in halal trade, and brands including Nestlé, Carrefour, Walmart and Marks & Spencer now provide halal products.

Also, many countries, including non-Muslim-majority nations, are taking active measures to grow their Islamic economies, particularly in Southeast Asia and the countries of the Middle East seeking to diversify their economies away from reliance on oil.

Indonesia, for example, has made halal certification mandatory for halal food products, while Saudi Arabia has begun introducing a halal regulatory system. The Pakistan Halal Authority will promote halal products both within Pakistan and abroad, Egypt has introduced a ‘Halal in Egypt’ mark for halal exports, while the Philippines has launched an official national halal logo.

Countries outside the OIC are beginning to partner with Islamic economies to tap into the growing halal market. Malaysia’s Halal Development Corporation has said 40 Japanese companies will participate in its Halal Integrated Platform and that it has also formed a partnership to expand Malaysia’s presence in India’s halal sector.

Elsewhere, Brazil has signed an MoU with the UAE to diversify its halal food offerings, and the Philippines and Indonesian governments have agreed to facilitate the export of Philippine halal products into Indonesia.  South Korea also plans to target the halal market, especially in Indonesia, by linking exports to the Korean K-Pop wave.

Despite all this, there remain challenges in expanding halal trade, particularly in standardizing regulations. Meat processors in Brazil, for example, have prioritized selling into China due to the difficulties of complying with differing halal certification standards in Malaysia, Indonesia, Egypt and the countries of the GCC.

Member states of the Standards and Metrology Institute for Islamic Countries (SMIIC) have joined to draw up five new halal standards for the OIC, including one for food additives, and four related to conformity assessment. SMIIC is also developing Halal Quality Infrastructure standards to provide guidelines for strengthening the halal regulatory ecosystem.

Whatever the challenges, the projected growth in demand for halal products and the disruption caused by the Covid-19 pandemic present significant opportunities. For now, the main area of investment in the halal market will be in the halal food sector as most OIC countries are heavily dependent on food imports.