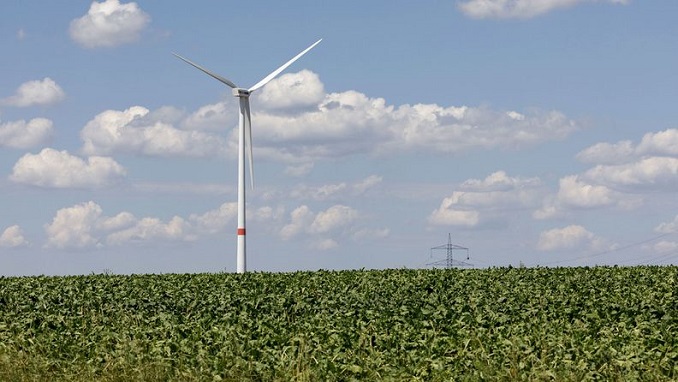 At the beginning of the 20th century, Iceland was one of Europe’s poorest countries, its people relying on a precarious and polluting mix of imported coal and local peat for electricity.

But over the next century, the island nation would pull off one of the great energy makeovers in history, casting off fossil fuels and embracing geothermal power. Today, nearly 100 percent of Iceland’s electricity comes from renewable sources, a transformation that has helped make its 366,000 people some of the wealthiest in Europe.

For the last decade, Iceland has been working with the United Nations Environment Programme (UNEP) to spark a similar energy revolution in Eastern Africa. Iceland has done everything from financing exploration projects to training future geothermal engineers.

“We are a small country, but we try to focus our efforts in certain areas and this is one of them,” said Guðmundur Ingi Guðbrandsson, Iceland’s Minister of the Environment and Natural Resources. He called the country’s partnership with UNEP “fruitful”.

Harnessing geothermal energy means harnessing the heat from within the Earth, which is carried by water or steam onto the surface. There are many ways in which the hot water can be released – through geysers, hot springs, steam vents, underwater hydrothermal vents – and they are all potential sources of geothermal energy.

Iceland, a pioneer in the use of geothermal energy, is home to more than 200 volcanoes and a large number of hot springs, and therefore has an abundant source of hot, easily accessible underground water. This is converted to energy both for power generation and direct use applications.

Half a world away, East African countries are sitting atop a similar bounty. They line the Great East African Rift System, a 6,500-kilometre depression that stretches from northern Syria to central Mozambique. The rift is a hub of tectonic activity. Along much of its length, heat from the interior of the earth bursts to the surface. It’s estimated that if Eastern Africa could harness that energy, it could generate 20 gigawatts of electricity. That is significant in a region plagued by energy shortages, where – depending on the country – 25 to 89 percent of the population did not have access to energy in 2018.

Iceland is an important partner and co-financier of the UNEP African Rift Geothermal Development Facility Project. The effort, launched in 2010, is designed to spur geothermal investments in Eritrea, Ethiopia, Kenya, Rwanda, Tanzania and Uganda. Between 2012 and 2019, Iceland also helped seven countries in East Africa develop their expertise in geothermal energy through the Geothermal Exploration Project.

“Geothermal is hundred percent indigenous, environmentally friendly and a technology that has been under-utilized for too long in the continent,” said Meseret Teklemariam Zemedkun, Energy Programme Manager at UNEP. “It is time to take this technology off the back burner in order to power livelihoods, fuel development and reduce dependence on polluting and unpredictable fossil fuels.”

Iceland is also home to the Geothermal Training Programme of the United Nations University (UNU-GTP). Established in 1978, it has graduated more than 1,300 fellows from 100 developing countries. About 39 percent of the trainees during 1979-2016 have come from 17 African countries. This indicates a significant contribution of UNU-GTP in enhancing the capacities of the region.

Along with several partners, including the UNEP, the country is also helping to establish the African Geothermal Center of Excellence. To be based in Kenya, which has been developing geothermal power since the 1970s, the centre will help train young African geothermal scientists, engineers, drillers, technicians and financiers to ensure secured and sustainable geothermal development in Africa.

In the energy sector, the partnership between Iceland and UNEP is expanding to support women through the African Women Energy Entrepreneurs Framework. The aim is to overcome the main barriers and challenges that hinder the establishment, growth and development of women entrepreneurs in the energy sector in Africa.

“Iceland has been a steadfast and important partner to UNEP in bringing geothermal expertise to East Africa,” said Meseret Teklemariam Zemedkun. “We are proud of the partnership and the results we have achieved, and happy to be expanding the partnership to support women and youth in the energy sector.”

Iceland is not only an important partner to UNEP because of the technical and financial support provided to energy projects. It is also one of the Member States that has consistently paid their “fair share” to the Environment Fund of UNEP – thereby supporting all of UNEP’s work.