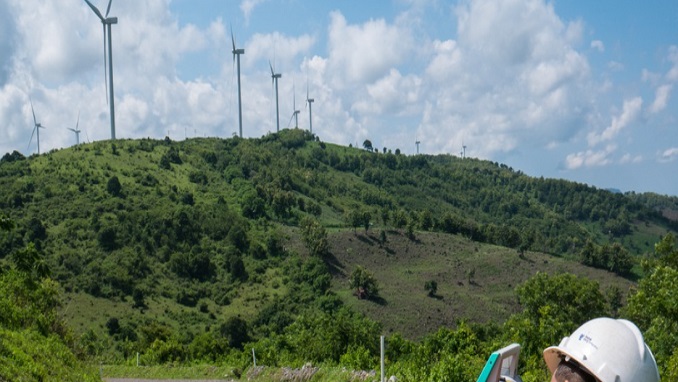 Indonesia’s Financial Services Authority (OJK) is working on what it hopes will be a better approach to the next lap of its sustainable finance roadmap after learning from mistakes made in Phase I.

The Phase II roadmap for 2020 – 2024 will include a complete taxonomy, framework, and also flesh out incentives, OJK’s Deputy Commissioner International & Research, Hernawan B. Sasongko said on Thursday (Feb 18) during a virtual conference.

The taxonomy is a classification system that categorizes economic activities and sectors that play key roles in climate change mitigation and adaptation, enabling financial institutions and investors to identify environmentally sustainable investments.

“Right now we are still in the process of finishing it. We started with green taxonomy and we are coordinating with other institutions,” said Hernawan.

The financial regulator will also apply lessons learned to address the lack of human resources to verify green projects, limited research on sustainable finance, lack of standards or a methodology to monitor and evaluate implementation by financial institutions, and weak internal and external stakeholder coordination.

As a comparison, the estimated investment needed to put Indonesia’s economy onto a green and sustainable development pathway is $300 to $530 billion a year.

The regulator’s checklist for improvements reflects the findings of a review by five non-government organizations that conducted an analysis of five major banks that collectively received over $12 billion in loans and underwriting between 2015 and August 2019 from five big clients in the plantation and forest sector.

The review identified a range of failings, including that OJK’s regulations were undermined by loopholes allowing banks to continue obscuring their clients’ major ESG risks, and inadequate minimum standards for technical guidelines and definitions of sustainability.

All of these were compounded by banks failing to implement even their minimal commitments, said the Rainforest Action Network, TuK Indonesia, WAHLI, Jikalahari, and Profundo.

As the process continues to develop, there are contradictions between different policies, RFI Foundation CEO Blake Goud told Salaam Gateway. “For example, policies to promote increased use of coal in energy production work in opposition to stated climate goals,” he noted.

Goud said the key challenge going forward is whether financial institutions and organizations are implementing adequate measures to keep pace with global best practice. He pointed out that to address the reduction of greenhouse gas emissions, Indonesia could draw on the experience of other countries.

“In Europe and other developed countries, it works to have initiatives like the green taxonomy that facilitate divestment from high emitting sectors,” said Goud. “In emerging market countries like Indonesia, however, you have to reduce emissions while also making considerations for social impacts to achieve a Just Transition.”

At the bank level, Fransisca Oei of CIMB Niaga confirmed the 2019 study and RFI Foundation’s findings, saying at the virtual conference that her institution faced challenges including low awareness from other industries, client readiness and acceptance amid a very limited supply of green or sustainable companies and projects, and a lack of common definitions such as standard benchmark ratings and framework.

RFI Foundation’s study found that direct emissions in Indonesia have the greatest concentration in agriculture and utilities. Emissions from agricultural sources are financed largely by banks, according to Goud.

“From a financed emissions risk perspective, that means banks have a large proportion of their risk in agriculture even though it accounts for a relatively small overall share of their total financing,” he explained.

Fransisca said CIMB Niaga is now working on guidance for construction and real estate after taking some time for palm oil and coal.

CIMB Niaga reported in its full-year 2020 earnings results on Friday (Feb 19) that 24% of its palm oil clients have been or are in progress of being ISPO and/or RSPO certified. The bank includes its sustainability performance as a component of its earnings reporting, a requirement of OJK’s sustainable finance roadmap.

The integrity of banks’ sustainability reports came under fire in the NGOs’ 2019-released study of five banks—not including CIMB Niaga—that said there were a range of governance failings to indicate systemic disconnect between the issues disclosed and the real impacts observed in the operations of their clients.

Moving forward for CIMB Niaga, the next step is to track how much the bank produces versus how much it can reduce its carbon emissions now that it has 2020 as a baseline.

For Indonesia’s financial sector as a whole, Goud said it is important that investors and other market participants prepare themselves for the regulatory tightening on climate issues that is part of the Paris Agreement, starting with the next Global Stocktake in 2023.

“It will show whether the world is likely to take an orderly or disorderly path to emissions reductions, and investors will be intensifying their analysis of how companies are prepared for either path,” he said.

RFI Foundation’s study notes that Indonesia’s fixed income market (bond and sukuk) which makes up around 34% of financial assets, accounted for nearly half (45%) of the economy’s emissions. Around 40% of the emissions attributed to fixed income markets came as a result of electricity, gas and water companies.

Beyond financial assets, Indonesia does not currently mandate ESG reporting requirements for listed companies, which means a lot more work needed in the country’s overall sustainability planning and implementation.

“This leads to a lack of detailed data, including emissions data that would help investors and financial institutions incentivize reduced GHG emissions,” said Goud.