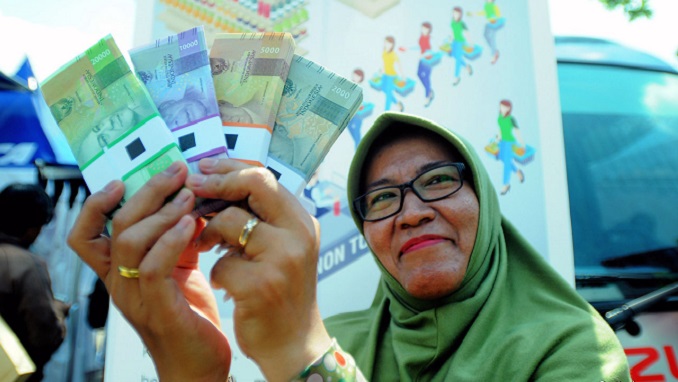 Indonesia will aim to push interest-free Islamic banking into the mainstream and boost domestic production of halal foods, products and services when the world’s most populous Muslim-majority country unveils its first Sharia economic master plan on Tuesday, a government official said.

The Sharia plan will not replace the economic system of the multi-religious country but instead support development through Islamic-friendly programs as a component of the overall economy.

“We aim for improvements in terms of economies of scale, economic independence and our ranking in the Global Islamic Economy Report,” Cholifihani said, adding that strengthening small- and medium-sized enterprises was among the goals.

Officials hope that by improving the climate for Islamic finance, the government would attract investment from oil-rich Middle Eastern countries and others, which want to invest in ethically and socially responsible projects, according to the planning board.

Officials did not release the master plan ahead of its unveiling.

The government began promoting Sharia economic development in the 2015-2019 National Medium-Term Development Plan. It included Islamic banking as a foundation. In 2015, the Indonesian Sharia Financial Architecture (AKSI) roadmap was released, followed the next year by a presidential regulation that paved the way for the creation of the National Islamic Finance Committee (KNKS).

Indonesia ranked 10th in the 2018 State of the Global Islamic Economy report in the category of Islamic finance.

Islamic banking accounted for only 5.7 percent, or 444.43 trillion rupiah ($30.8 billion), of the country’s total banking assets, as of June 2018. Cholifihani blamed a shortage of funding and skilled manpower for hampering growth in the financial sector, adding that officials would like the figure to grow to 10 percent.

While BPJPH was established in 2017, the Indonesian Council of Ulema (MUI), a semi-official body of Islamic scholars, has not relinquished its role in handling certifications.

“Such an agency is needed because certification will allow Indonesian halal products to be recognized abroad. We have a food and drug department at MUI, but it’s not a government agency and not recognized by the OIC,” he said.

The Islamic finance industry, as part of its own sharia economic ecosystem, has grown 10 percent to 12 percent per year on the global scale and has become one of the fastest growing industrial sectors in the world, he said. Islamic financial assets alone are expected to break $3 trillion by 2020.

“This is just Islamic finance, not including other sharia economic sectors. It is clear that the Islamic economy has enormous potential,” Greget told BenarNews.

“Linkage with various aspects of human life as explained through the SDGs make Islamic economics not simply about growth figures, but also the substance behind that growth. For example, there is a focus on alleviating poverty, hunger and inequality seen from the moral, material, spiritual, social and environmental dimensions. Sharia economic development is needed to support the attainment of the SDGs,” he said.

The Islamic economic system could offer more benefits than the conventional one, said Rahmatina Awaliah Kasri, a lecturer in Islamic economics at the University of Indonesia.

“In the banking system for example, the profit-sharing system practiced by Islamic banking institutions is conceptually fairer and more stable than the banking system based on the interest system. There are Muslim groups who don’t want to use conventional banking and insurance services because they are considered usurious,” Rahmatina told BenarNews, adding the sharia economic system could increase financial inclusiveness.

In addition, growth in Islamic economic sectors could attract global investors, according to Abra Talattov, an economist at the Institute for Development of Economics and Finance. Abara said Sharia economic systems were not in opposition to the conventional ones.

“In the end people think rationally. If a practice is profitable, people will be interested,” he said.