Home Europe Islamic Finance in Malta: A Need to Shift from Awareness to Advocacy 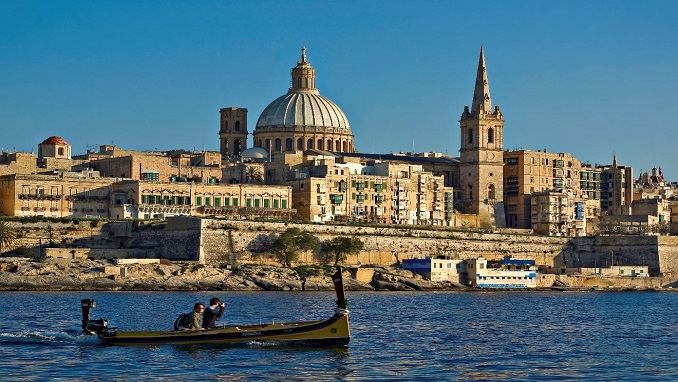 While Malta’s economy is at full tilt, there is still untapped potential within the financial sector. In recent years, Islamic finance has not only gained awareness but also traction.

Holding its own, Islamic finance is now an agenda between the key local players within the industry, and with the setting-up of the Malta Islamic Finance Association (MIFA) in 2018, the process of adopting Islamic finance practices in Malta is becoming more of a reality.

The key stakeholders within the financial services industry are becoming more willing than ever to adorn the already robust economy in Malta, by collaborating in pushing forward the implementation Islamic finance within the local system.

In late March, a roundtable discussion was held between the Dubai Islamic Economic Development Centre, the MIFA and key stakeholders within the Maltese financial industry. The four major topics of discussion were banking, capital markets, asset management and fintech.

This roundtable discussion paved the way to tackle some of the industry’s barriers and focus on the opportunities within each specific sector. The most noticeable discussions were on the already existing legislation that could facilitate the implementation of Islamic finance, and the necessary amendments that need to be ironed out, especially in the banking sector.

The MIFA was also present at the Delta summit, and Sheikh Bilal Khan, the secretary-general of the MIFA, took centre stage in showcasing how Islamic finance and blockchain technology could coalesce, bringing together a robust financial system to tackle modern day difficulties.

I also tackled various case studies and gave insight on how certain prohibited investments could become permissible under Shariah law if tweaked and properly tackled, with Shariah compliant investments in mind.

During the Turin Islamic Economic Forum, a session on the establishment of a European regulatory framework for blockchain was presented. The session discussed the already tried and tested local scenario, and how such a framework could work under a holistic ecosystem, including frameworks to work with Islamic finance.

Throughout 2019, two courses were held by the Malta Stock exchange: Introduction to Islamic finance as well as the Certificate of Finance in International Trade. While both courses offered a preliminary view of the world of Islamic finance, courses were targeted toward different entities.

In substance, the latter course focused more on a local scenario, promoting the idea of various Islamic finance structures, coexisting with the current Maltese system.

Both courses had adequate turnout, but pale in comparison to other different courses offered that address current issues, rather than potential opportunities.

If promoted properly, Islamic finance, in Malta has the ability to capture a wide range of key stakeholders from different areas of the industry. This will not only broaden the horizon for greater awareness but will even serve as a driving force to be a political agenda.

While Malta is at full swing with certain projects, with respect to Islamic finance the industry needs to shift from awareness to advocacy. The attitude toward recent developments, especially fintech, has not only become acceptable, but the norm, and thus Islamic finance has the ability to grow while the industry still hungers for further development.