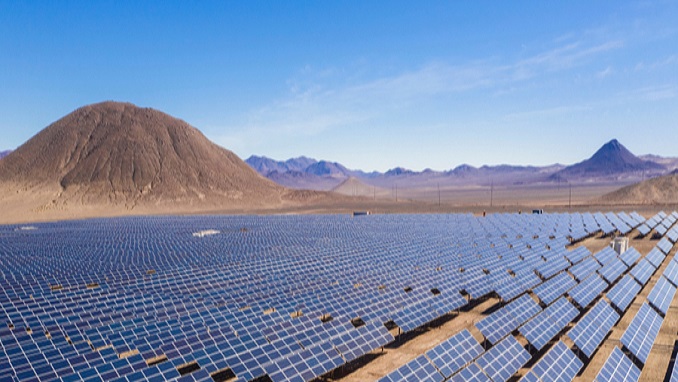 Hit by the pandemic’s socioeconomic and health impacts, Latin America is facing the challenge of financing an economic recovery based on a sustainable energy sector and a transition to clean sources of energy.

Most of the region has embarked on disbursements to alleviate these consequences, but these resources seem to be insufficient and are aimed at rescuing the hydrocarbon industry, in spite of its environmental connotations.

The region is debating between contracting more foreign debt and levying more taxes, but cases such as the failed tax reform in Colombia, which sparked protests at the end of April, exemplify the consequences of changes that punish the middle and lower classes and ignore big capital.

The meeting was held virtually, due to Covid-19, between May 7 and 28, organized by the non-governmental Institute of the Americas (IA), based in the coastal city of La Jolla, California.

“In the recovery, the role of energy transition is important to create more and better jobs in the region. Accelerating the energy transition will have a major impact on the economic situation, it is the role of green recovery in the immediate future. The transition is part of the decarbonization strategy to achieve the environmental objectives of the international negotiations,” Blanco told IPS.

Following the outbreak of the pandemic in the region, Olade initiated a dialogue with energy ministers and other multilateral agencies to support governments for a post-pandemic recovery.

With an economic contraction of 7.4 percent in 2020, the region has been the hardest hit in the world by Covid-19, which has had repercussions not only on health, but also on employment, infrastructure and the economy as a whole, as highlighted by the International Monetary Fund (IMF).

Regional governments recognized the importance of sustainable recovery as early as October 2020, during the 38th session, also digital, of the Economic Commission for Latin America and the Caribbean (ECLAC). But this strategy is far from the measures implemented.

The Argentine businessman suggested “turning to” Joe Biden’s government in the United States so that its policy of billionaire public investment “Build Back Better” expands to the south, beyond its borders, in an action that would have mutual benefits, and in a region in dispute with China.

In recent years, Latin America has made progress with wind and solar alternatives, but faces the challenge of reducing the burning of fossil fuels in the industry, transportation and improving energy efficiency. This transition has come to a halt in countries such as Argentina and Mexico, which favor support for hydrocarbons, and Brazil, which promotes the gas industry.

In fact, data from the intergovernmental OECD and the non-governmental International Institute for Sustainable Development agree that energy measures are far from sustainable.

Countries such as Argentina, Brazil and Peru apply unsustainable policies. In a recent episode, state-owned Petróleos Mexicanos (Pemex) announced on May 24th the purchase of 50 percent-stake of the Deer Park refinery, in the U.S. state of Texas, from the Anglo-Dutch firm Shell for 600 million dollars, to assume its total ownership.

The benefits of sustainable recovery and pursuing zero net emissions by 2050 are impressive, particularly in the context of the pandemic.

The region could achieve annual savings of 621 billion dollars by 2050 if the region’s energy and transport sectors achieve net zero emissions, which would also create 7.7 million new permanent jobs, according to the Inter-American Development Bank (IDB) and the United Nations Environment Programme (UNEP).

In this regard, Stéphane Hallegatte, lead economist of the World Bank’s Climate Change Group, highlighted the building of resilience to covid-19 and assured that it is still “early” to say whether the recommendations will be implemented.

“All the mechanisms that have been applied can help in the future if we maintain them. We can get out of the crisis that way and build resilience,” he told IPS during the “Innovate for Climate” virtual meeting.

“Governments can play a role in helping to create jobs and public investment,” Hallegatte stressed, during the meeting sponsored by the multilateral institution and which analyzed climate actions between Tuesday, May 25th, and Thursday, May 27th.

Innovative but still under-deployed, green bonds can serve for a partial recovery financing.

Between 2014 and 2021, the region sold more than 20 billion dollars in green bonds, led by Brazil and Mexico, with most sales occurring in the last two years.

From Olade’s headquarters in Quito, Blanco expressed his optimism regarding the economic recovery and job creation, but stressed that “better and more modern regulations are needed, focused on sustainable recovery. We have to incorporate new technologies and energies”.