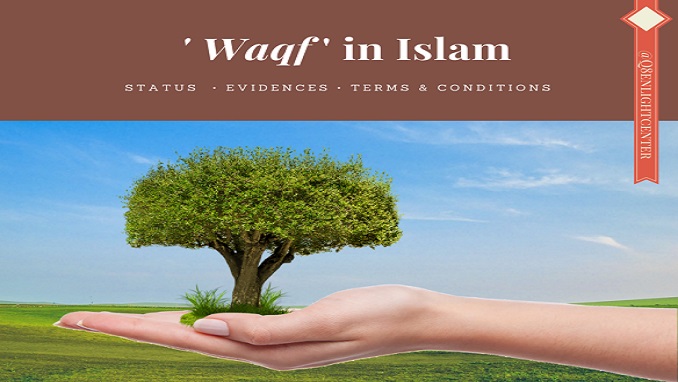 The Waqf Institution has been described as a critical social platform that could support the growth of the Nigerian economy, at a time it was coping, alongside other nations, with the COVID-19 Pandemic.

The comment was made by the Managing Director of TAJ Bank (A Non-Interest Finance Bank), Mr. Norfadalizan AbdulRahmon, who featured on WebTV’s Islamic Finance Weekly programme. He believed that the period offered an opportunity to leverage social welfare platforms like the Islamic Waqf, which could mobilize large support and participation from citizens.

According to him, “We must start considering and addressing debts especially the interest-bearing ones which endangers the physical sustainability of the nation and could lead to a debt glut.  At the individual level, we should start looking at how to create wealth and reserves that could absorb shocks like COVID-19 in the future”.

Speaking within the context of the Post-Ramadan season, he identified personal finance options that include:  funding to meet household needs for appliances, food service, subscription for data, Airtime and so on.

AbdulRahmon noted that there were microfinance options to sustain business expenditure, amongst other financing needs.

Taking an overview of the Central Bank of Nigeria (CBN) interventions, the TAJ Bank MD cited Islamic banking as an example of a financial market that grants moratorium to deserving borrowers. He said that in Oman the government allows a 3-month waiver for SMEs, the same applies in Bahrain where similar principles apply for SME funding.

The banker advocated for broader investments in productive ventures that would in the near term be of benefit to society and would cushion the shocks of the COVID-19 pandemic.

He noted that areas like food and the healthcare supply chain could be addressed, he emphasized the importance of wealth creation through an improved savings culture which he considered important to absorb economic shocks.

He was of the view that investing in the real sector, moderation in consumption, avoiding unproductive debts, developing habits of charity should be at the core of the behavioural attitude of Muslims going forward.

“There is a need to support the poor such as giving Sadaqah and paying Zakat which is an Islamic Tax. We should also establish endowments like Waqf to perpetually narrow economic inequality and reduce poverty while leveraging on online platforms and the use of social media to raise awareness,” he said.

Giving his views on the gradual reopening of the economy, he called on organizations to adopt and sustain physical distancing measures while avoiding overcrowded workspaces.

The Global Waqf value as of 2019 was estimated at $27bn, while the projected size of Islamic finance could reach $3trn in 2020.