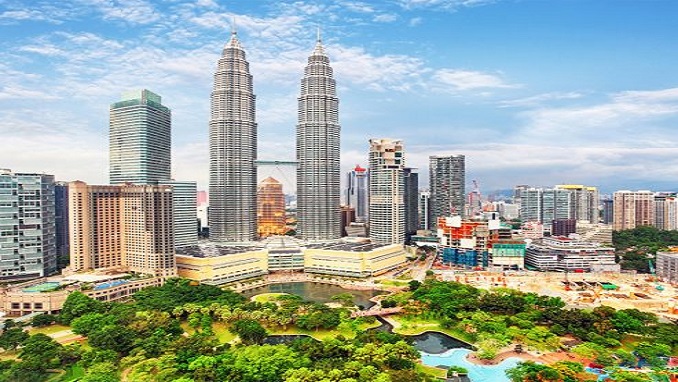 Malaysia has an opportunity to “grow significantly” in the Islamic trade finance market, according to the World Bank, as the global Islamic finance sector is set for impressive expansion of at least 10% over 2021 to 2022.

In a report titled Islamic trade finance: An opportunity for Malaysia, the organisation states that Malaysia has thus far “been highly successful in developing its Islamic finance sector”.

“Despite being home to approximately 2% of the global Muslim population, Malaysia accounts for over 20% of global Islamic finance assets,” it says.

According to S&P Global Ratings, the US$2.2tn global Islamic finance industry is set to grow by between 10% and 12% over 2021-22 owing to increased Islamic bond issuance and a modest economic recovery from the pandemic across key Islamic finance markets.

Last year, with liquidity drying up because of the pandemic, Islamic finance growth slowed to 10.6%, following an increase of 17.3% in 2019, S&P says.

Under the sharia principles that guide Islamic finance, interest payments and monetary speculation are banned as money is considered a measuring tool for value and not an asset in itself – therefore income should not be made from money alone. There are several models in Islamic finance including mudaraba, wadia, musharaka, murabaha and ijara.

The size of the Islamic trade finance (ITF) sector globally stands at US$186bn, with the industry “growing both in scale and in relevance as Islamic finance plays a larger role in OIC countries”, states the World Bank.

The Organisation of Islamic Cooperation (OIC) is the second-largest inter-governmental organisation after the United Nations, with 57 member states, including Saudi Arabia and the UAE, and covering four continents.

Kuala Lumpur has been keen to establish itself as a hub for Islamic finance. Malaysia International Islamic Financial Centre (MIFC), a public institution, was founded 15 years ago as part of earlier efforts to develop a marketplace for sharia-compliant finance.

The World Bank report notes: “Malaysia is well suited to be a global leader in ITF because of its high level of trade activity coupled with its leadership in Islamic finance.”

In 2019, Malaysia was the third-largest merchandise importer and exporter among OIC countries, despite being only the seventh-largest economy in the group and with the 15th biggest population. Its share of the bloc’s imports and exports stood at 11.4% and 13.1% respectively.

At the same time, the proportion of Malaysia’s overall financing market that is held by ITF has been growing, though still lags behind other trade finance products.

According to the World Bank, one way for Islamic trade finance to grow is by reaching a new segment of exporters, including large public-listed companies, firms in the agricultural sector and halal companies in general.

Encik Adnan Zaylani Mohamad Zahid, assistant governor at Malaysia’s central bank, says: “In the past, Islamic trade finance share in Malaysia has been relatively low, and we measured this at 11.3% of trade financed in 2016.

“This has improved with the various initiatives that we have undertaken in creating awareness and working with the industry, government and agencies to expand the offerings and the use of Islamic trade finance facilitation with the share growing to 31.4% in 2020.”

Bolstering policy could include developing an ITF framework for the global halal sector in partnership with international bodies, while collaborating more closely with multilateral bodies such as the Asian Development Bank would improve awareness of ITF, especially for SMEs.

“Further developing Malaysia’s ITF industry through policy, awareness and institutional measures can not only support the domestic economy but also have strategic impact on other developing countries. Additionally, enhancing ITF can be another area in which Malaysia has a strong impact on the global Islamic finance sector,” the report concludes.