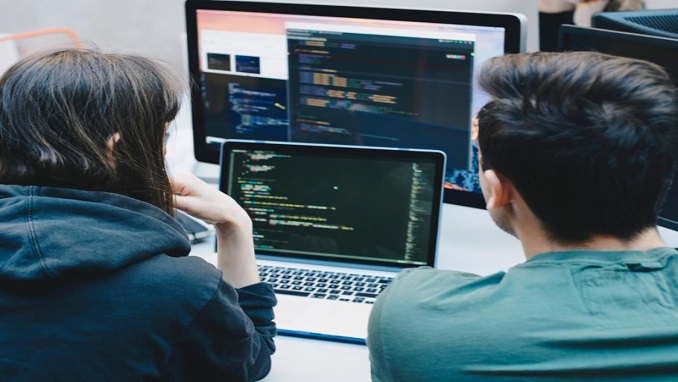 Investor interest in Malaysian Islamic economy-focused technology start-ups is starting to grow but the sector is underserved by a lack of innovation, say local accelerators keen to nurture more Shariah-compliant businesses.

Johnny Mayo, general manager of SuperCharger, said that increasingly more of the banks and financial institutions that support the fintech accelerator’s start-ups have been emerging from the Islamic segment. These investors, said Mayo, are “quite forward-thinking” but are underserved by the shortage of technology available to them.

“The Islamic finance institutions I’ve been speaking to have really been struggling to go out there and find the technologies they need,” Mayo told Salaam Gateway on the wings of the SCxSC fintech conference organised by the Securities Commission Malaysia last week.

Some founders of the start-ups that service the Islamic economy may not even be aware yet of the enormous potential of their segment, added Mayo. Among the start-ups supported by SuperCharger are HelloGold, a Shariah-compliant gold trading platform, and MyFinB, a data and artificial intelligence provider that incorporates Shariah principles in solutions for financial and other institutions.

The investment universe for other types of investors is also underserved.

“Crowdfunding is a good avenue for Muslims to take to invest in start-ups,” Sam Shafie, co-founder of equity crowdfunder PitchIN, told Salaam Gateway.

Last year PitchIN raised 14.02 million Malaysian ringgit ($3.37 million) for 12 issuers, the crowdfunder said in its 2017 report. This was 60 percent of the total 23.39 million ringgit ($5.6 million) raised via equity crowdfunding in the country in 2017, according to our calculation based on Securities Commission data.

“For a typical Muslim guy who wants to invest and is really particular about the company they want to invest in, he wants to find a company that is Shariah-compliant. But not many start-ups are looking at crowdfunding. I don’t know why,” said Shafie, who is also founder of the Watchtower & Friends start-up accelerator.

Because of the paucity of Islamic economy-focused Shariah-compliant start-ups exploring this funding avenue, many potential private investors have been unable to identify start-ups they would otherwise invest in. Shafie also worries that groundbreaking Islamic start-ups, especially those that serve the Shariah-compliant banking and halal certification segments, are also noticeable by their absence.

“We have not seen anyone try to really innovate in that space,” said Shafie. “What we’ve actually been seeing is a few of what I call ‘me-too’ start-ups that are Shariah-compliant. You can always find similar start-ups around the world, which they then translate to halal.”

PitchIN has yet to support an Islamic-focused start-up and Shafie hopes next year will bring the first. As an investor himself, he said he would “jump on” an innovative Islamic economy-focused product.

“That’s because I know it’s a huge market. Is it a matter of time before we see more innovation? I hope so.”

Part of the reason for the shortage of Islamic-focused start-ups is a dearth of incubator or accelerator programmes dedicated to this niche, added Shafie. There was anticipation of this gap being filled by U.S.-based Affinis Labs that announced in October 2016 a $250 million Islamic tech fund and plans for an accelerator in Kuala Lumpur. That accelerator has not materialised, however.

Stepping into this space is a new halal-focused accelerator. Pixel Play Ventures, which launched in April, will invest in viable start-ups that develop solutions in the halal and Shariah-compliant segments.

“We venture-build these start-ups by actively mentoring and coaching them, and putting them through an accelerator programme. We put our skin into the game to ensure our portfolio companies are groomed to go to the next level,” Syahrul Nizar Yahya, who is in charge of the accelerator’s operations, told Salaam Gateway.

Pixel Play looked at 71 start-ups from around the world before deciding on up to seven to take part in its first cohort that will start in January, according to Yahya. He believes halal start-ups have unlimited opportunities, just as long as they are given the right backing by investors who are open to new ideas to support mainstream Islamic and halal tech solutions.

Investors, said Yahya, must be more supportive in building “healthy, viable and balanced ecosystem growth,” but start-ups, too, must play their part.

“It takes two to tango. Malaysian start-ups also need to step up their game, learn from successful global start-ups and create more success stories from this country and region. Most importantly, they should not be complacent and silently sleep in their comfort zone,” said Yahya.

Pixel Play Ventures believes there is plenty of room within the Islamic economy for more dedicated start-ups, not least because the halal ecosystem does not currently get enough attention or support, despite the huge potential it has to offer.

“The inclusivity of halal is adopted worldwide. It applies to our daily lives, whatever we do, wherever we go. Hence opportunities to develop solutions in this realm exists almost without a full stop.”