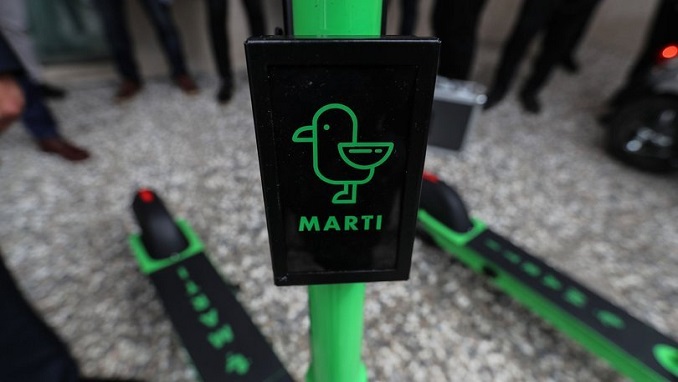 The signature Turkish technology start-up company Martı is among the leading players operating in the Turkish micro-mobility market, BusinessWire writes.

Actually, it was the Turkish businessman Oğuz Alper Öktem who introduced Turkey to micro-mobility with its e-scooters company Martı in 2018. The company is the first Turkish micro-mobility and e-scooter initiative.

Being a leader in the rapidly growing micro-mobility trend in Turkey, Martı managed to spread its business in 22 provinces in Tukey in less than three years and continues to be a pioneer in the sector.

While Turkey fights with rapid environmental degradation as one of the major issues, nearly 27% of total expenditure on healthcare in the country is for treating air pollution-caused diseases.

Martı is trying to offer a remedy for that problem as part of the green wave companies that have provided a practical solution to Istanbul’s chaotic city traffic, protecting at the same time the environment with its low carbon emission.

According to Öktem, since the founding of the company, Martı’s e-scooters have prevented 7 million kg of CO2 emissions, which, equals the impact of planting more than 300.0000 trees.

According to some estimates, the company will prevent by 2025 carbon emissions equivalent to 6.6 million trees, or, in other words, it will contribute to nature as much as one percent of all the trees in Turkey contribute to protecting the environment.

The reports’ findings that micro-mobility solutions reduce the need for vehicles for short-distance commuting and will lead to fewer vehicles on roads, decreasing as result the greenhouse gases emission into the atmosphere only support Öktem’s estimates that in a decade, all transportation will be made with shared and electric vehicles.

The e-scooters category that Martı represents, according to the report, held the largest share in the Turkish micro-mobility market during the last few years and this trend is expected to continue in the coming years.