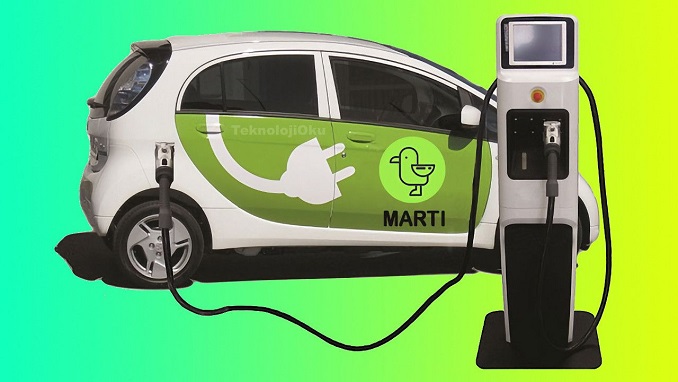 When it comes to electric scooter rental in Turkey, one of the first companies that come to mind is Martı, the first Turkish micro-mobility and e-scooter initiative which increasingly uses the advances in the world of technology that continue to affect our lives.

Those same tech advances and the increased need for alternative means of transportation in traffic-congested cities, which are also changing the transportation industry, prompted the widespread emergence of electric scooter rental companies some time ago, but their popularity is increasing daily.

After several initiatives in the field of shared EVs service, which is an increasingly widespread trend in the world, Martı may take its initiative on the streets in line with its plans to launch the electric vehicles project in 2022.

The news of the novelty has emerged first on Twitter last year in November followed by the information that Citroen Turkey has ordered a significant number of Ami electric vehicles for this project.

Ami is Citroen’s – one of the world’s largest automobile manufacturers – 5.5 kWh two-seater electric vehicle designed for urban transportation with its electric motor structure and small size.

This car, which was only for two people, is ideal for the traffic situation in Turkey, and not only because of its maximum speed of 50 kilometers and a range of 70 kilometers which makes it 4-wheel alternative solution to motorcycles.

The price of the car in Europe is 6.000 euros, which is the most striking aspect of the vehicle is its price, but the retail price in Turkey is still not published since Ami is currently only available for fleet sales and corporate customers in the Turkish market.

The second striking aspect of Ami is the fact that it is enough to be 16 years old to drive it since it’s a vehicle that does not require a class B driver’s license.