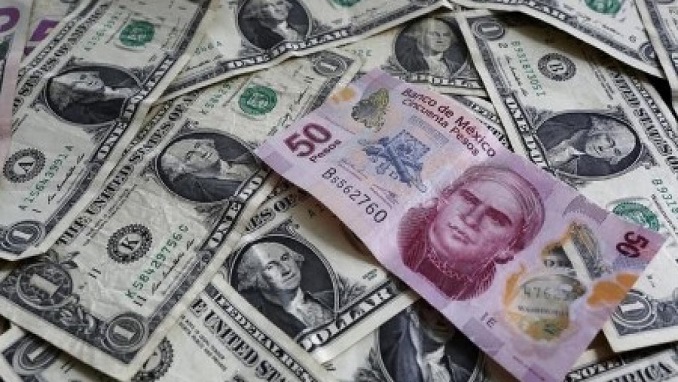 Mexico joined the growing ranks of issuers riding the sustainability funding wave last week when it became the first sovereign to sell a bond tied to the United Nations’ sustainable development goals.

In the works since February when Mexico, rated Baa1/BBB/BBB–, unveiled its new SDG framework to European investors, the deal was put on hold following the outbreak of the Covid-19 pandemic.

But with the markets largely recovered from the March rout, the Latin American country had little trouble selling the €750m seven-year bond after generating an order book of €5bn among 266 accounts – 45% of which were ESG-focused investors.

Strong demand allowed leads BNP Paribas, Credit Agricole, Morgan Stanley and Natixis to tighten from initial thoughts of the mid-swaps plus 235bp area before pricing at 98.337 to yield 1.603% or mid-swaps plus 195bp.

Whether the deal’s success was due largely to strong market conditions or investors’ love for the structure is hard to say, but pricing proved attractive for the country with a 1.35% coupon – Mexico’s second lowest ever in the euro market.

The final 195bp spread also came flat or perhaps slightly inside Mexico’s euro curve, where the sovereign’s 2026s and 2030s were trading at around 191bp and 214bp over swaps on the day of pricing, according to Refinitiv data. Aside from the attractive pricing, the government also viewed the deal as a way of accessing a growing investor base keen to buy these types of securities.

“Around the world there are around 3,000 investment funds with a sustainable mandate and they have some US$800bn under management,” Gabriel Yorio, the country’s sub-secretary of finance and public credit, said in a video posted on Twitter.

To be sure, as borrowers and bankers experiment in this nascent asset class, some ESG deals have met with their fair share scepticism, not least for their often vague use of proceeds.

And in this case, it is hard to know how precisely proceeds will be used except to finance a budget that is aligned with the UN’s 2030 agenda for sustainable goals, which include a call for action to end poverty, protect the planet and better peoples’ lives.

Such social priorities fit well with the policies of Mexico’s populist president Andres Manuel Lopez Obrador, better known as AMLO, who was swept to power on an anti-corruption platform and promises to help the downtrodden. Even so, AMLO also famously halted the construction of a new Mexico City airport after declaring the US$13bn project as corrupt, forcing investors to restructure the green bonds that financed it.

And investors will no doubt want to hold the government’s feet to the fire – a task that falls in part to the UN but also to independent assessor Vigeo Eiris, which was mandated to give its opinion on whether Mexico is sticking to its SDG promises.

Big name investors have certainly backed the goals behind the bond even though they may at times be difficult to pinpoint.

“It does require a lot of work in identifying budget items aligned with SDG targets, but we view the process as key in improving transparency and achieving a country’s SDG goals over the medium term,” said Lupin Rahman, who is head of EM sovereign credit at Pimco but also oversees ESG integration for the asset manager.

That longer-term view is one that several investors are promoting, arguing that such bonds will ultimately outperform the rest of the market.

“The rationale for getting involved is that over time the volume of SDG investors will increase and that is why it should perform quite well over the medium-term,” said Graham Stock, head of EM sovereign research at BlueBay Asset Management.

For now, it remains unclear whether the ESG label – among sovereigns at least – has made much difference to such bonds’ performance or how willing investors are to sacrifice yield.

“We are in the business of generating alpha over our benchmarks,” said an investor. “We are not likely to give up very much yield in order to fulfil an ESG [mandate].”

Even so, governments in Latin America clearly think such forays are worth their while and several have been thinking of following Mexico’s lead.

“We are always looking into further diversifying our investor base by looking into new instruments such as these wider pools of thematic bonds,” Andres Perez, Chile’s head of international finance, told IFR.

Chile has been one of the leaders in the green bond space, issuing the region’s first sovereign green US dollar and euro notes in June 2019. Perez said Chile could approach the market with another bond deal involving ESG themes as early next year.

“The development of these types of instruments takes some time. We are working on other instruments that will allow us to tap markets, differentiate ourselves from other EM names and diversify our investor base,” he said.

Another country looking to potentially come to market with a similar ESG issuance is Uruguay. The country is working with the Inter-American Development Bank as an adviser for a potential ESG bond, a source knowledgeable about the offering told IFR.

“The country is examining Mexico’s experience with its issuance.”