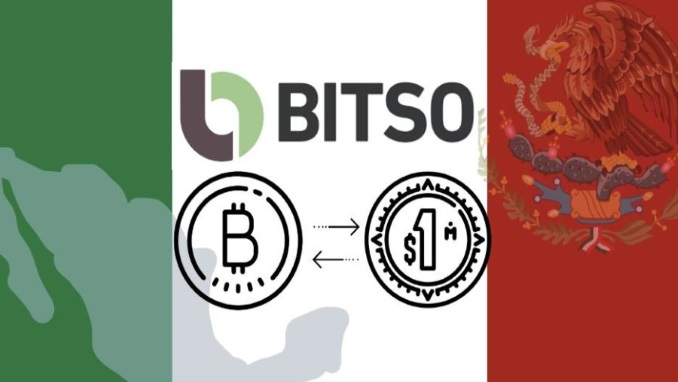 It was just a matter of time, but that doesn’t make it any less impressive. Just under two months ago we at Contxto reported that there had been an intriguing spike in remittances sent to Mexico in cryptocurrency.

At the time, we told of a 15 percent increase worth US$11.5 million of the total remittances sent. But, that was a single data point.

Now, under the ruthless laws of geometric progression, Bitso has revealed that it is on track to continue expanding by 15 percent weekly. This would, in turn, grow its control of the international money transaction business to 20 percent of the total of US-Mexico remittances. All of this by the end of 2020.

That is up from the current 2.5 percent control the crypto startup currently enjoys. If they keep the rate up, that would certainly be some impressive exponential growth.

Bitso has been at the remittance game for half a decade carrying out transactions flowing from one of the largest remittance corridors in the world, the US and Mexico. As time has gone by they have updated their rulebooks, revising their practices to abide by Mexico’s evolving fintech laws.

Playing disruptively and by the rules at once has certainly paid off for Bitso. The company was invited to power Ripple’s—another payments network—On-Demand Liquidity (ODL) and processes its XRP-based remittances. Ripple, for its part, invested in Bitso back in October 2019. However, there is still far to go.

For years now, crypto skeptics have guffawed at digital currencies as solutions in search of a problem. But now crypto fans have had the last laugh with the rise of digital remittances. Bitso’s senior strategy analyst, Emilio Rivero Coello, says:

“By leveraging the technology of a cryptocurrency exchange, Bitso is able to provide other financial institutions with on-demand liquidity for global payments. This allows transactions to be sent in less than 90 seconds, which is profoundly less time than the 3 to 5 days it takes using traditional methods.”

Indeed, crypto solutions compete with the likes of banks and post offices, both of which charge significantly higher fees. Furthermore, according to Bitso’s own estimates, if all remittances sent to Mexico were cryptocurrencies, Mexican families could save an average of US$1.6 billion per year.

Globally, the average cost of a US$200 remittance is 7 percent, but there is a significant cost variance depending on the region. Latin America stands as the second cheapest, after South-East Asia, at 6.3 percent.

Conversely, a Mexican who sends money via crypto can save between 2.83 and 5.62 percent. That is a decrease of between 50 and 90 percent compared to the usual transfer channels. So, forget your prejudices surrounding the true value of digital currencies. Here we have a clear example of crypto disrupting the market in favor of those most in need.

Bitso’s exponential growth only piles on the evidence.