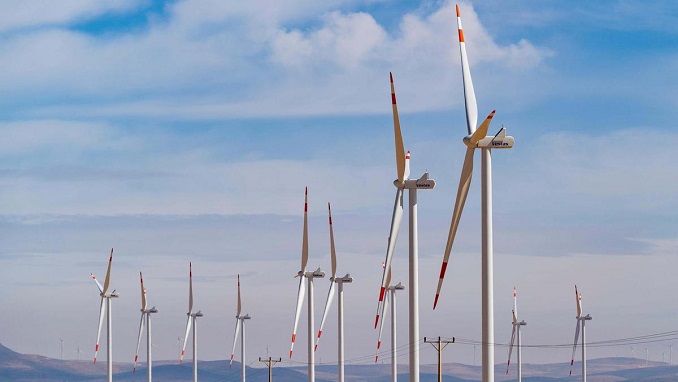 A new era of energy finance is emerging – and it is a greener one. Seismic shifts in nations’ low carbon plans are highlighted by China’s goal to become carbon neutral by 2060.

In the Middle East, Saudi Arabia’s new Circular Carbon Economy roadmap has just received support from the G20, while Dubai said it cut CO2 emissions by 22 per cent in 2019. So, how does finance fit into this new picture? In short, it is a critical vehicle to help make the Middle East’s energy transition an economic and environmental success.

This means rethinking the traditional and linear investments in fossil fuels to create a melting pot of financing for fossil fuels, renewables and low-carbon growth projects. Regional appetite for green financial support is growing – loud and clear.

It has been a busy month, with many firsts for energy finance. For one, Saudi Arabia completed its first green bond sale. The world’s biggest oil exporter made its mark in green finance with state-controlled power giant Saudi Electricity Company’s $1.3 billion deal with regional and international lenders in September.

To the west, Egypt secured the Middle East and North Africa’s first green sovereign bond last month. The Arab world’s most populous country pulled in orders of nearly five times the $750 million size – a coveted nod of global confidence in the region’s plans.

These recent deals are building on a foundation of significant progress in recent years.

Last year, the UAE’s Noor Energy 1 secured $2.7bn to develop a 950MW concentrated solar plant and photovoltaic project south of Dubai. This marked the first certified deal under the Climate Bonds Standard in the Middle East.

Other major energy projects in the region include the UAE’s Barakah nuclear power plant, the first in the Arab world, while Abu Dhabi’s Al Reyadah carbon, capture and storage (CCS) project is the world’s first for a steel production plant.

As more clean energy projects emerge, it is paving the way for the growth of green energy finance. In 2019, global green bond market issuances hit a record high of $258.9bn – up 51 per cent annually, according to the Climate Bonds Initiative.

As this historically niche area of finance moves into the mainstream, the Middle East has an opportunity to position itself as an influential player. Potential certainly abounds. For one, Frost & Sullivan’s recent analysis reveals that solar PV will generate $182bn in investments in the Middle East’s renewables market by 2025.

Of this rising demand, the Middle East’s influence so far is greatest in green sukuk or sharia-compliant bonds. Total green sukuk volumes worldwide more than tripled year-on-year to $4.3bn in 2019, the Climate Bonds Initiative said. The UAE and Saudi Arabia spearheaded this growth, followed by Indonesia and Malaysia.

To give a sense of scale, the UAE’s volume roughly quadrupled that of Malaysia.

For now, the US, China and France are the leaders in the global green bonds market. Can a country from the Middle East – a region eager to become a leader in green energy – join the top 10 more active market participants this decade? With the right financial guidance, we believe so.

For that, it is necessary to focus on environmental, social and governance (ESG) when investing. A global study by Invesco revealed the value of ESG in investment processes is gaining strength in the Middle East, especially among regional sovereigns.

The study found that 67 per cent of sovereign wealth funds in the region have an ESG policy – up from 30 per cent in 2017. Ramping up ESG in the investment environment – be it for fossil fuels or renewables – means quickly improving the quality of ESG data. More than half (57 per cent) of Middle East sovereigns cited this as their main hurdle.

However, green finance should not draw all the attention away from investing in the Middle East’s fossil fuel market.

Despite increasing talk of peak oil within the next decade, giving fossil fuels a cold financial shoulder would seriously jeopardise global energy security – a cornerstone of our civilization. For now, financiers have a delicate balance to master: spur both green and traditional energy finance as the Middle East’s melting pot finds its feet.