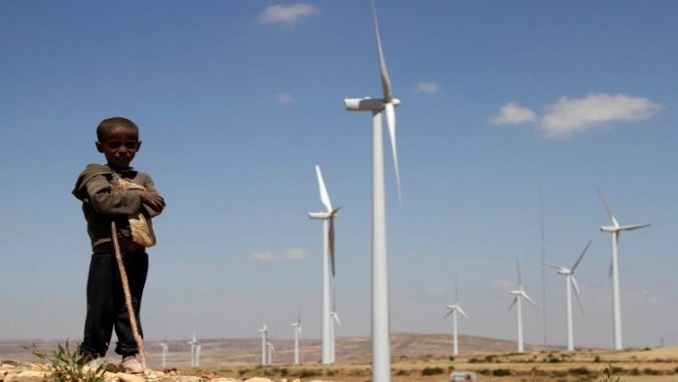 One of the leading global rating agencies, Moody’s Investors Service, has stated that Nigeria’s power sector could benefit from renewable energy like solar and wind with financing also possible from green bonds.

Given the budget constraints facing the country, the rating agency noted that addressing this shortfall will require financing from the private sector, multilateral development institutions and other non-state investors.

It’s also stated that infrastructure in Nigeria is behind other emerging market peers, with about $3 trillion needed over 30 years to close the gap.

The company, in its first report on the Nigerian infrastructure market obtained yesterday, noted that Nigeria faces many budgetary and financing challenges. It stated that weak institutions and governance frameworks along with a low tax base are hindering infrastructure investment, while financially strained utilities are unable to invest in improvements.

According to it, Nigeria requires investment to address its electricity shortages, noting that increased private and multilateral sector involvement is required to achieve this. It added that Nigeria’s power sector could benefit from renewable energy like solar and wind with financing also possible from green bonds.

“In its Economic Recovery and Growth Plan 2017-2020 (ERGP), the Nigerian government estimated that the country’s infrastructure stock represented only 35 per cent of GDP, compared with an average of 70 per cent for peer emerging market countries.

“The National Integrated Infrastructure Master Plan (NIIMP), which set out priorities for 30 years to 2043, estimated $3 trillion investment is required over 30 years to close the infrastructure gap, which equates to an annual spending rate of above seven per cent of GDP. In its 2020-2024 Nigeria Strategy Paper, the African Development Bank (AfDB) highlights infrastructure development as one of its key priority areas for support, noting that the country’s infrastructure deficit acts as a significant supply-side constraint,” the report added.

The report, however, showed that the country’s share of the population with access to electricity increased from 40 per cent in 2015 to 54 per cent in 2020. While Nigeria has 13,500MW total installed generation capacity, only 7,500MW is functional, it added.

Nigeria ranks near the bottom of a number of international surveys assessing institutional strength and scores poorly compared with peers on most Worldwide Governance Indicators, including government effectiveness, control of corruption and rule of law.

“The government has a low tax base relative to Sub-Saharan Africa (SSA) peers. Corruption is of particular concern to investors in large, capital intensive infrastructure projects that require years of planning, land negotiations and permitting, and regulatory approvals,” the report said.

Commenting on the findings of the report, Vice President, Senior Analyst at Moody’s Investors Service, Kunal Govindia, said: “Nigeria currently has a significant infrastructure deficit, and faces additional pressures from a rapidly growing population. Its low government funding capacity and customer affordability has been weakened further by the Coronavirus pandemic and low oil prices.”