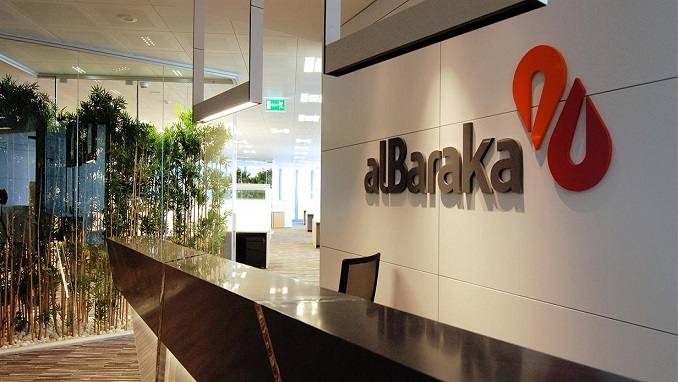 Al Baraka Banking Group BSC (ABG), the leading Islamic banking group with its Headquarters in the Kingdom of Bahrain, achieved a net income of US$ 41 million during the first quarter of 2019, while total operating income reached US$ 216 million for the same period, and total assets increased to US$ 24 billion at the end of March 2019.

The first quarter of 2019 saw a slowdown in the performance of economic activities in some of the main markets in which the Group operates such as Turkey, Algeria, Tunisia and Sudan for various reasons, which affected the volume of business generated by the Group’s units in these markets.

At the same time, there was stability or narrow movements in the domestic currencies of these countries against the US dollar, which reflected positively on the asset items, but its positive effects on the income items were not yet clear due to the difference in the accounting method in treating the local currency conversion to the US dollar between assets items and income items.

As we mentioned above, the balance sheet items were affected positively by the narrow movements of local currencies of countries where ABG units operate, against the US dollar, the currency of reporting the Group’s consolidated statements.

Therefore, the consolidated balance sheet of Al Baraka Banking Group reached at US$ 24 billion at the end of March 2019, an increase of 1% compared to its level as in December 2018. The Group maintained a large portion of these assets in the form of liquid assets in order to seize the financing opportunities and to face the fluctuations in the markets.

Operating assets (financing and investments) amounted to US$ 18 billion as at the end of March 2019 compared to US$ 17.9 billion in December 2018, increasing by 1%. Customer accounts as at the end of March 2019 reached US$ 19.8 billion, an increase of 1% compared to its level as in December 2018, and represents 83% of total assets, which indicates the continued customer confidence and loyalty in the Group and growing customer base.

The Group and its banking units in South Africa, Lebanon and Jordan have been awarded the “Best Islamic Bank” award for the year 2019 in various categories within the context of the annual awards by the prestigious Global Finance magazine, a banking and finance specialist for international banking and finance institutions.

Al Baraka Banking Group B.S.C. (“ABG”) is licensed as an Islamic wholesale bank by the Central Bank of Bahrain and is listed on Bahrain Bourse and NasdaqDubai. It is a leading international Islamic banking group providing its unique services in countries with a population totaling around one billion. It is rated BBB+ (long term) / A3 (short term) by Islamic International Rating Agency and BB (long term) / B (short term) by Standard & Poor’s.

ABG and its Units offer retail, corporate, treasury and investment banking services, strictly in accordance with the principles of the Islamic Shari’a. The authorized capital of ABG is US$ 2.5 billion.