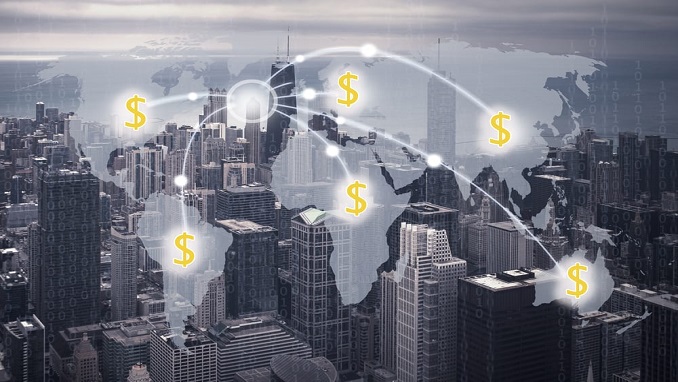 Speed drives innovation, particularly in payments. In this week’s look at payment rails innovation, PYMNTS finds a slew of new markets around the world adopting entirely new payment networks that can support their demand for real-time transactions.

While some geographies have opted to collaborate with the private sector to develop their own national instant payment networks, others are adopting solutions like RippleNet and SWIFT gpi to modernize their banks’ capabilities. Explore all of the latest initiatives below.

Hungary announced earlier this month that its new instant payments system is now live across banks in the nation.

According to Hungary Today reports, GIRO, Hungary’s clearing house, announced it went live on the network using Nets’ RealTime 24/7 platform. Bank transfers of up to $320,000 can be completed within 5 seconds regardless of time or day, with users also able to wield their email or phone number as a secondary form of identification.

The island nation of Curacao is also taking measures to adopt real-time payments, with reports recently noting that its central bank has contracted equensWorldline to develop an instant payments capability on the nation’s existing clearing and settlement system, according to IBS Intelligence.

Curacao is planning the rollout in stages, with Phase 1 the building of the infrastructure, and Phase 2 actual adoption of the instant payments scheme for peer-to-peer, person-to-business, and person-to-government transactions rolling out first.

Aruba’s Central Bank has facilitated the adoption of instant payments by all banks in the country through its use of the Clearing and Settlement Mechanism (IP CSM), an announcement from the island nation said. Led by the central bank (CBA), Aruba has now entirely moved off of batch payments to real-time settlement and clearing for all interbank payments that originate in Aruba.

Like Curacao, Aruba collaborated with equensWorldline to ease the transition to real-time processes, the CBA noted.

The bank isn’t the only entity embracing blockchain, though: The NBF’s announcement came in the same week a new report from Wipro Limited revealed payments to be one of the main focuses for businesses around the world that have deployed their own blockchain initiatives, along with supply chain, finance, and trading.

As the first Islamic bank in Qatar to adopt SWIFT gpi, Qatar International Islamic Bank (QIIB) is embracing the cross-border payments technology in an effort to promote modernization.

Reports in The Peninsula Qatar said QIIB’s gpi adoption plans highlighted the ability for banks and users to trace the progress of a transaction in real-time as a particularly valuable component of the payment system, with transparency in foreign transaction and other fees also key to adoption.

As its own independent network, gpi is also embracing integration into other existing rails, including those built via blockchain.

As a company that aims to improve existing payment infrastructure through new technologies, TerraPay recently announced that a consortium of investors invested $9.6 million into the company as it seeks to expand operations.

Prime Ventures, Partech Africa and management all acquired the company, while they also all joined IFC to invest $9.6 million.

TerraPay offers a unified platform upon which financial institutions, MTO global money transfer providers, mobile money networks and others can all exchange money with each other regardless of the financial network in which they are already integrated.

Identify verification and payment authentication solution provider iSignThis recently announced its ability to process SEPA instant payments, noting it is now the first authorized institution under the Central Bank of Cyprus to support SEPA instant payment processing for its users.

The adoption means the company can facilitate instant P2P, B2B and other payment scenarios in real time for transactions within the European Economic Area wielding the SEPA payment system. Transactions as large as EU15,000 can be moved from one bank account to another in 10 seconds or less, iSignThis said.