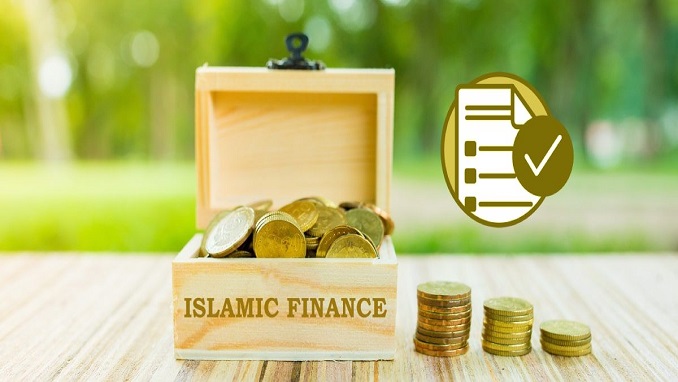 Nigeria is a latecomer to the global Islamic economy despite having all the fundamentals for domestic development: Africa’s largest economy and around 100 million Muslims, more than Egypt, which is the continent’s second most populated country.

Such potential was noticed by entrepreneur Ahmad Akinsemoyin some four years ago.

“I looked at the surrounding environment and realised that for Muslims, a lot is lacking. Imagine, in Lagos, a city of 20 million, with around half Muslim, there are no Muslim-friendly malls, no women-only gyms, or places for Muslim entertainment. There is huge opportunity,” he said.

To try and kickstart the Islamic economy, Akinsemoyin organised HalalFiesta in 2018 to bring together companies and consumers. While the event proved a success, Akinsemoyin struggled to attract investors, using funds from his own pocket to finance it. He wants to hold the event again, but the lack of follow-up has been an obstacle.

“The halal industry is relatively unknown, even to Muslims. It would take three or four editions to become profitable and be able to run itself,” he said.

HalalFiesta was perhaps a few years too early. The country has only two halal certification bodies, both recently established. One of those, the Halal Certification Authority (HCA) Nigeria, was only set up in 2016. Amid this scenario, only a few companies are certified.

“We started from zero, and now have over 20 companies certified, mainly in food and beverage, which makes up the largest sector of the halal business. It has been a gradual process, as awareness of halal products is low,” said Dr. Ibrahim Oreagba, Chairman of HCA Nigeria, to Salaam Gateway.

The government has started to back the development of an Islamic economy, with a National Halal Fund currently being drafted with HCA Nigeria. Halal standards are also being developed in collaboration with the Standards Organisation of Nigeria.

The country’s first Halal Expo, organised by the Abuja Chamber of Commerce and Industry, is to be held in Abuja, in the north, which is home to the country’s largest Muslim population. It was supposed to be held in early June but was delayed by the COVID-19 pandemic until October.

Where Nigeria’s Islamic economy has been more dynamic is in Islamic finance, with three sovereign sukuk issued for road construction, the first in September 2017, raising 100 billion naira (around $257.7 million), a second in December 2018 for the same amount, and the third, 150 billion naira ($386 million), in June this year.

Such sukuk have proven popular for infrastructure development to offset the possibility for corruption in public tenders, which has plagued the West African country for decades.

“None of the sukuks have been diverted, and these special purpose vehicles support accountability,” said Adeshine Gbadegeshin, an Islamic finance investment advisor.

Instrumental to such sukuk has been the country’s Islamic finance sector, which has grown since the first Islamic bank, Jaiz Bank, was authorised by the central bank in 2012, followed by Taj Bank Abuja, and Albaraka Micro Finance Bank. Lotus Capital, a Lagos-based Shariah-compliant investment company, was involved in the sukuk issuances.

“There will be new Islamic banks in the next few years, and there will be vigorous competition with the conventional sector – there is enough of a market: the heavens are so wide millions of birds can fly without encroaching on each other,” said Gbadegeshin.

Nigeria, an oil producer and exporter, overtook South Africa in March this year as Africa’s biggest economy, at $476 billion. The Nigerian Stock Market has opened to ethical investments, and it has an Islamic Index that monitors Shariah-compliant stocks.

“Being able to buy ethical stocks is due to the overall growth of Islamic finance,” said Halal Certification Authority Nigeria’s Gbadegeshin.

“The market has been around for 10 years, but Nigeria has not really embraced takaful that much. By now we should have more than six players,” said Wasiu Popoola, a takaful consultant in Lagos.

The food and beverage sector is expected to drive the growth of Nigeria’s Islamic economy as more companies get certified, said Oreagba, but other sectors are on the radar, including Muslim-friendly tourism. Figuring out the scale of opportunity in tourism, halal food or other Islamic economy sectors has however been stymied by the lack of research.

“There’s no data,” said HalalFiesta organiser Akinsemoyin. “Although there are many areas lying fallow that could attract investment.”

“Small businesses, especially in modest fashion, are growing really fast, more than any other halal sector,” he said.

Web sales have been particularly strong, even before COVID-19 pushed more commerce online, while local social media influencers, as well as a modest fashion modelling agency, have driven traffic.