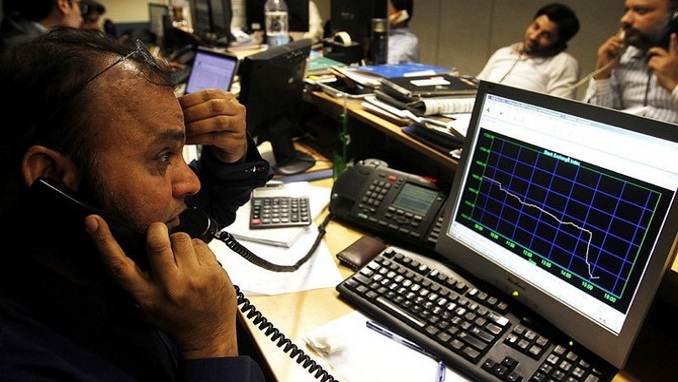 Murabaha is a mode of financing which is commonly used by Islamic banks. It is a type of transaction where the seller discloses the cost of the shares sold and sells it to the buyer by adding some profit thereon. Murabaha is not a loan given on interest but a sale of shares.

Riba or interest is strictly prohibited in Islam due to which a large number of Muslims choose to not deal with commercial banks which usually offer interest on investment. The product launched last week is expected to turn the moods bullish in a rather depressing equity market with volumes likely to pick up.

“There are two things: one is that what is your perception in the market, and second… what is the available need for financing. I think both of these things are important for market’s volumes,” Muhammad Lukman, CEO of National Clearing Company of Pakistan Limited (NCCPL) and the chief architect of the financial product told Arab News.

In Pakistan’s equity market, 564 companies of variant sectors have been listed, out of which some 240 are based on Islamic principles – a major attraction for Shariah compliant investors.

Pakistan’s Islamic banking industry is expected to be a major beneficiary of this financial instrument due to limited availability of Shariah-compliant investment options in capital market and excess liquidity available with such banks.

“There is around PKR 300 billion to PKR 400 billion excess liquidity available with the Islamic banking institution which is not being utilized due to lack of investment tools,” Ahmed Ali Siddiqui, Director of Center for Excellence in Islamic Finance (CEIF) at Institute of Business Administration IBA told Arab News.

Brokers, for their part, said that the new mode of financing is automatically available to all Modarabas and investment banks, Islamic banks and all Islamic branches of conventional banks.

“There is no need to register. Stock market is in need of funds which could be availed through this mode,” Adil Ghaffar, former General Secretary of PSX Brokers Association told Arab News, adding that it was a very positive initiative.

However, experts remain cautious about the immediate outcome and response of Shariah compliant investors in the current bearish market which declared August as the worst performing of 2019.

“The response to the financing instrument depends on the keenness of the banks but it depends on the economy of the country because no one would dare to take risk,” Muzzamil Aslam, Managing Director, Next Capital Limited, a brokerage firm told Arab News.

Aslam hopes that the market would turn bullish once the issue of the Financial Action Task Force (FATF) is resolved. Pakistan was placed on the FATF’s gray list in June 2017 due to deficiencies in the country’s anti-money laundering AML and countering of terror financing CFT regulations and the process to clear or further downgrade goes on, final decision is due in October this year.

NCCLP chief Lukman believes that the resumption of the bullish market activities “may increase volumes and activity in the market.”