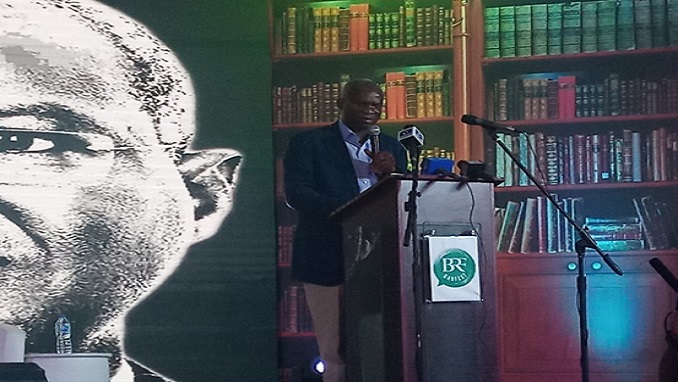 Babatunde Fashola, Minister of Works and Housing, has received a sovereign Sukuk Symbolic Cheque of N162.557 billion for the construction of roads across the country.

Fashola was presented with the cheque on Monday in Abuja by the Minister of Finance, Budget and National Planning, Zainab Ahmed. She said one of the key pillars of the Economic Recovery and Growth Plan was the development of critical infrastructure projects with a view to removing the impediments to growth and development in the economy.

Ahmed said: “As a result, Mr. President has prioritised capital expenditure on the development of roads, rails, power and agriculture projects. The Debt Management Office has raised the sum of N162.557 billion from investors in June 2020. This is strictly dedicated to the financing of road projects in the Revised 2020 Appropriation Act. It also means that with the release of N162.557 billion to the Federal Ministry of Works and Housing, the amount appropriated for Road Projects in 2020 Budget has been fully released.”

Ahmed said with the deployment of sukuk funds coupled with other capital releases and various interventions by government, the economy would soon be on the path to economic development.

Fashola said the people who put money in the sukuk were fund managers and the owners of the funds, adding that it was a matter of trust which they had for the administration that made them release their hard earned money.

He said: “I assure you that we value that trust from the evidence of what has happened in sukuk one, and sukuk two, your trust is not misplaced and it will not be misplaced in the 44 road projects that will benefit from this sukuk. For the benefit of the members of the public, the 44 roads that will benefit from this sukuk has every geopolitical zone taken care of. For the North Central eight roads, North East eight roads, North West seven roads, South East five roads, South South 10 roads, and South West six roads.”

According to Patience Oniha, Director-General, Debt Management Office, this is the third sukuk issued by the office on behalf of the Federal Government in June 2020. Oniha said:

“The first sovereign sukuk for N100 billion was issued in September 2017 and was followed by another in December 2018, also for N100 billion. With the issuance of the third sukuk the federal government has raised a total of N362.577 billion, all of which are for the rehabilitation and reconstruction of road projects across the six geopolitical zones of Nigeria. Therefore, the DMO plans to continue to use sukuk and Green Bonds to support the development of infrastructure and other capital products depending on how much is allocated to projects in the annual budgets.”

Adamu Aliero, Chairman, Senate Committee on Works, said road construction was synonymous to economic development, adding that it also enhances security and generate a lot of economic activities in the country.

Aliero said the National Assembly was willing to collaborate with the ministry and stakeholders in the building of infrastructure.

On his part, the Deputy-Chairman, House Committee on Appropriation, Chris Emeka Azubogu, while commending the government for using the sukuk fund to accomplish the construction and rehabilitation of roads, urged for a better means of funding.

Speaking on behalf of contractors, Nabeel Esawi, Managing Director, RCC, commended the government for releasing the funds and assured that all roads under the contracts would be completed in good time.