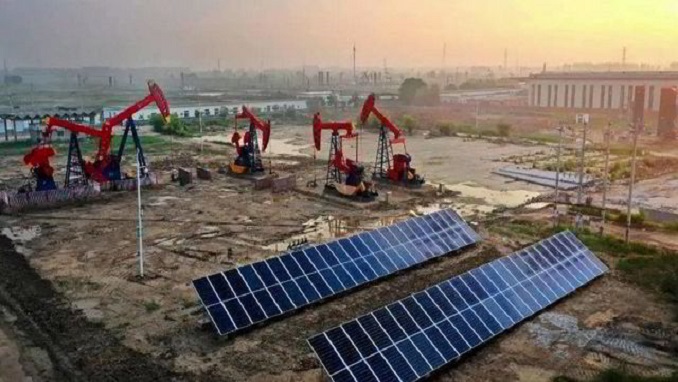 China’s Sinopec has issued 1.1 billion yuan-worth (US$169 million) of bonds to fund its renewable energy development as the company rolls out ambitious plans to boost investments in clean energy.

The world’s largest refiner is the most aggressive among China’s national oil companies in the pursuit of green development and is aiming for net zero carbon emission by 2050, 10 years ahead of the government target.

It is also one of the seven Chinese state-owned energy companies to issue carbon-neutral bonds with proceeds totalling 18.2 billion yuan this year. The proceeds raised through the three-year bond will be used to finance more than 70 renewable energy projects covering, wind, solar and geothermal, Sinopec said.

When commissioned, the 160 million yuan project will able to produce 45 million kilowatt hours of electricity, cut CO2 emission by 35,502 tonnes per annum, SO2 by 258 tpa and NO2 by 387 tpa.

The company also aims to reduce its methane emissions from oil and gas production by 50% by 2025 and has started a pilot programme to build a carbon capture, utilisation and storage base in eastern China’s Jiangsu province with capacity to capture 1 million tonnes of CO2.

A green bond is a fixed-income instrument designed specifically to support specific climate-related or environmental projects.