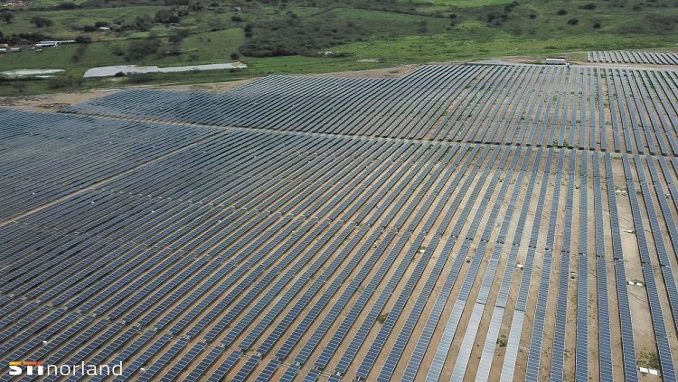 STI Norland has secured a deal to supply 474MWp-worth of trackers to a project in Brazil which, once complete, will be among the largest in Latin America.

The tracker and mounting system manufacturer will supply the equipment to developer Essentia Energia, which is constructing the Sol do Sertão project in Oliveira dos Brejinhos in Bahia, Brazil.

The firm’s dual-row trackers will be used on the project, which is aimed at completion in H2 2021. That project will use more than one million bifacial panels supplied by Solar Module Super League (SMSL) member LONGi.

Javier Reclusa, chief executive at STI Norland Brasil, said the deal “solidifies” the company’s position in the Latin American market, describing its partnership with Essentia Energia as one of “great importance for STI Norland”.

The deal was struck just as Brazil’s national solar trade association Absolar revealed that the country’s installed solar capacity exceeded 6GW, made up of around 3.1GW of distributed generation and 2.9GW of utility-scale solar.

That figure is anticipated to soar in the coming years, with Brazil’s controversial president Jair Bolsonaro in June signing a new decree to utilise new green bonds to finance up to 8GW of new solar capacity country-wide.

However, the ongoing COVID-19 pandemic has beset Brazil’s plans to become a hotbed of solar activity. In March this year Bolsonaro’s government indefinitely postponed two tenders – the renewables-only A-4 and open bidding A-6 auctions – citing the crisis’ onset.