Home North America Tech Entrepreneur Plans to Bring Zakat into the Modern Age with a... 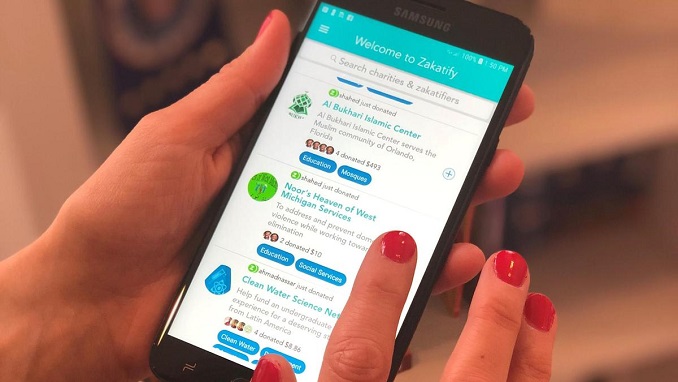 With charitable donations drying up precisely when they are needed more than ever by the poorest and most vulnerable, the coronavirus pandemic has left the global voluntary sector reeling.

Covid-19 has attacked every income stream, warned charity leaders, leaving organisations of all sizes unable to plug the funding gaps and facing difficult decisions regarding the future. In recognition of the relief that zakat can bring in such a crisis, one entrepreneur believes that the time has come to embrace a revolutionary approach to the ancient alms-giving Pillar of Islam.

Shahed Amanullah, a technology expert, argues that the traditional nature of zakat as “a very reactive kind of donation” often leads to an imperfect distribution of funds.

“The whole process of collecting and distributing zakat has essentially been unchanged for 1,400 years,” Mr Amanullah told The National. “It is actually a very inefficient system. We saw that what happened is that, come Ramadan, people would be scrambling to pay their zakat and figuring out at the last minute who to give it to. There’re a lot of worthy entities that aren’t on the radar.”

More than a year ago, he co-founded Zakatify, a donation management system that enables people to better engage with charities while also gaining a deeper understanding of where their money is going. In effect, it aims to turn the annual religious act of giving into a social experience for the greater good of all involved.

Users of the app are more easily able to determine which of the 1,500 zakat-eligible charities and causes – large and small, Islamic and non-religious – matter to them most.

Charities can be divided into clusters depending what their focus is. There are portfolios, comprised of from five to 11 organisations each, that concentrate on such causes as Syria, Palestine, protecting refugees, and supporting health and wellbeing.

Zakatify also helps people space out the gifting so that money may be donated on a monthly basis that provides charities with a dependable cash flow. Rather than a panicked, once-a-year contribution of zakat, Mr Amanullah and his team want to support a habit change that in the longer term is “better for the donor, better for the charity”.

He describes it as the opposite of crowdfunding, which is typically an appeal for support based on immediate need and requiring a one-time, urgent donation.

“The sad part of it is that so many of these charities have really compelling stories that nobody’s hearing and nobody’s listening to just because they are so small; they don’t have that many resources,” said Mr Amanullah.

One charity to benefit from Zakatify is the International Campaign for the Rohingya, an organisation dedicated to protecting the mainly Muslim ethnic group from south-east Asia.

The campaign’s executive director, Simon Billenness, has built on his experience as an anti-Apartheid campaigner to support the democracy movement in Myanmar. One of the organisation’s focuses now is pressuring firms to not do business with the Burmese military, which stands accused of genocide.

A long-term of aim of Mr Billenness is stopping the Burmese military from interfering in politics and putting them “back into the barracks under civilian control”.

“Zakatify popped up one or two years ago,” he told The National. “Suddenly, we started getting donations through paypal via Zakatify, which was great. It was kind of like when Facebook fundraisers started and all of a sudden, out of the blue, people were creating Facebook fundraisers on their birthdays. People we didn’t even know were raising money for us. That was terrific.”

“Ordinarily donations arrive during Ramadan and at the end of year rather than in a steady stream,” Mr Billenness said. “Like every other organisation, we are always trying to persuade our one-time donors to become monthly donors and so any mechanism that allows that, we like that a lot.”

It was while Mr Amanullah was working as a technology adviser for the US State Department that he met one of the other Zakatify co-founders, Quintan Wiktorowicz, who was advising the former US President Barack Obama. The inspiration for Zakatify came when the two men met the app’s third co-founder, Ahmad Nassar, a senior commercial figure in the National Football League looking for a new Zakat calculator.

“What we wanted to do is create a system that allowed people to more meaningfully engage with Zakat in a much more planned way, almost like the way you would manage a stock portfolio for example,” Mr Amanullah said. “So, you would kind of carefully plan who would get [Zakat], you’d have the ability to discover causes that were off the grid and segment it over the year so that there’s no one big rush once a year. You space the payments out so that by the end of a calendar year, you’ve achieved your goal.”

Mr Amanullah contends that the Covid-19 crisis has shown that governments can’t always be counted on. He said that one of the lessons to come out of the past two months is that we all need to meaningfully support a broad base of charities doing important work in their communities.

“If we don’t, then the next time something like this happens we won’t have anyone to depend on. This is our chance to be the neighbours we always thought we were,” Mr Amanullah said.