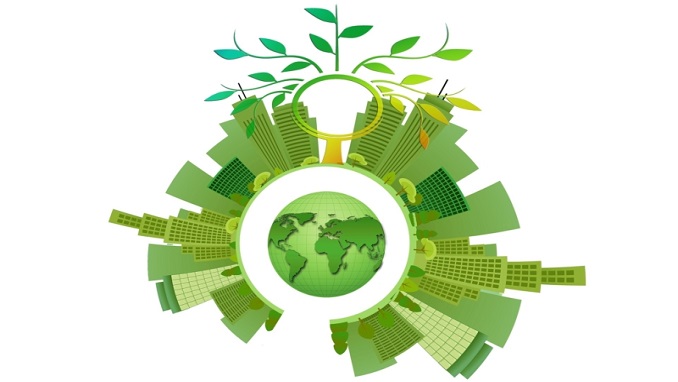 The country aims to issue its first green debt next year as part of a trio of measures that Chancellor of the Exchequer Rishi Sunak said would see Britain become “a world leader in the use of green finance”.

UK Prime Minister Boris Johnson is expected to unveil a 10-point plan for a “green industrial revolution”. That could kick-start debt sales in sterling that so far make up less than 3 per cent of the green, social and sustainable bond market globally.

With pressure growing from both regulators and investors for sustainable funds, London-based money managers are desperate for home-grown debt that meets their ethical mandates.

“Issuing a green gilt will provide finance for green infrastructure, create green jobs and catalyse the sterling green and social bond market,” said Rhian-Mari Thomas, chief executive of the Green Finance Institute and the former global head of green banking at Barclays. “Green gilts are essential in maintaining the UK’s position as a global leader in green and sustainable finance.”

The UK Debt Management Office has indicated the debut green gilt won’t arrive until after the first quarter of 2021. By then, it will be well behind.

Poland issued the first green sovereign in 2016 and Germany aims to serve as a benchmark after its sales this year. The European Union plans a 2021 debut and is set to become the biggest issuer in a market now worth over US$1 trillion.

With the UK Treasury committed to reducing Britain’s debt levels, green gilts might also provide slightly cheaper financing for Mr Johnson’s plans by tapping a rush of pent-up demand from specialist funds. That was seen in a so-called “greenium” for German’s debut, helped by investors from the UK who snapped up more than a fifth of the offering.

“There’ll likely be very strong demand for it to the extent the pricing could be tighter than the typical curve,” said David Katimbo-Mugwanya, fund manager at Edentree Investment Management. “People won’t be put off by that because of the added element of ESG (environmental, social and governance) they’re trying to achieve here.”

The private sector is taking the government cue for action. Later this week, Royal London Asset Management and NatWest Group are among investors and banks backing a new initiative, Financing a Just Transition Alliance, aimed at helping fund a greener and more equitable economy. So far British banks lag in underwriting green issuance, whereas France notably has two of its banks in the top five globally.

That’s already caught the attention of those charged with promoting the City of London’s credentials. Green finance flows that are issued in City are “largely contributing to decarbonising other metropolises across the world rather than our own,” said a March report from London’s local administration. “This is perverse and will lead to London conceding a global leadership role unless reversed.”

It’s a delay that has come at the frustration of financiers, who have been lobbying UK politicians to enter the green market for some years now. Investors managing more than £10 trillion (S$17.80 trillion) backed a proposal for green gilts submitted to the government last month.

They cited how green sovereign issuance in Ireland and Belgium helped kickstart their broader green markets, while in France and the Netherlands it led to a greater diversity of private issuers.

“This is a major move for the UK to bring it up to speed with other countries around the world,” said Bryn Jones, manager of the £1.8 billion Rathbone Ethical Bond Fund, which can’t hold conventional UK government securities but would buy green gilts.