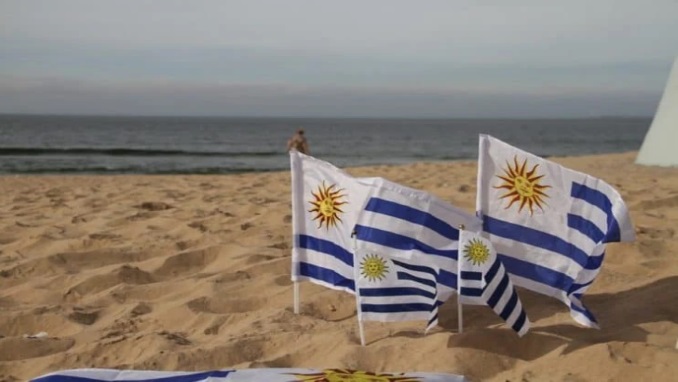 Uruguay’s popular beach resort Piriapolis has found a never-heard-before use of cryptocurrency by encouraging citizens to deposit their plastic remains at a designated collection point and receive cryptocurrencies in return for obtaining deals and discounts on purchases from selected retailers, reported the Times of India on Sunday.

On a blazing summer day, one can see a number of Uruguayans carrying hefty portions of plastic remains to a drop-off point near a beach.

For a minimum weight of one kg, they will be rewarded one hundred to four hundred plasticoins on their smartphones, depending on the nature of plastic, which could be later used at selected shops to access discounted deals.

If that’s not an unconventional use of cryptocurrency, we don’t know what is! This beach-lined South American country has been battling issues concerning over-tourism and beach contamination for many years now.

Thus, two crypto enthusiasts and environment protectionists, Juan Rivero and Nicole Wyaus convinced the government entity National Agency for Development (ANDE), overseeing technological growth and innovation in the country, to pilot this unique project named plasticoin, which is aimed at cleaning up the affected coastal lines with the use of cryptocurrency.

Put simply, it will encourage people to properly segregate their trash and collect plastic before trading it for plasticoins, which will have a range of discounted products and services linked to it.

The eco-centric plasticoins are set for a region-wide launch, helping clean up the coastal region of Piriápolis. Our primary motive is to clean up the beach, said Rivero, who will pilot this project by persuading people to register themselves online and deposit the plastic remains at any one of the three collection points.

Meanwhile, the Plasticoin project has started to gain prominence ever since its launch in January. So far, it has received funding worth five thousand US dollars ($5000) from the government and secured over one thousand participants in less than three weeks.